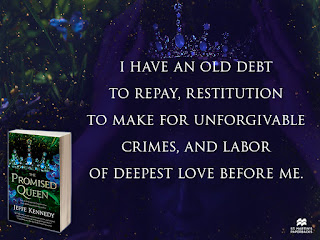 This week at the SFF Seven we're discussing The Necessity of Death.

In fiction, of course!

We're asking "Do You *Have* To Kill Characters for there to be enough risk? What other threats work better or just as effectively?"

This is one of those topics readers and writers alike seem to debate often. The readers, of course, never want any character they love to die. This includes all animals and children, named or not. (As a reader, I agree!)

Writers, however, often feel the pinch of this expectation. Death is, after all, a part of life. And without the peril of death, the stakes of any conflict can feel flat. Though we do enjoy making our readers cry, we also want them to be happy with the story. A cathartic ugly cry is a wonderful reading experience. Coming away from a book bitter and grieving? I don't like it, myself.

I recall an author asking this question on some writer forum a while back. He had a long-running series with a central protagonist. All along, he'd planned to kill this guy at the end. But, the series had gone longer than he anticipated, gaining many passionate readers. Seeing this character's fate coming, they'd begun writing to the author to beg him not to kill the character at the end. The author was seriously torn. He felt that this certain death was so integral to the story - as indeed it must have been, for readers to anticipate and write to him about it - that he worried doing anything else would be a cheat.

Would it have been?

One well-known author killed her protagonist at the of a series, to great dismay from her readers. This was something she'd planned from the beginning, as she wrote the books in reaction to what she felt was a cheat ending to the Harry Potter series. She thought Harry should've died at the end, so created her own series to execute that exact arc. That author has defended the ending by saying that the series is about this character learning to be selfless and that only by making the "ultimate sacrifice" - by dying - could she truly learn that lesson.

This is the crux of what we're asking here. Is death of a character necessary to demonstrate something? You'll notice I put "ultimate sacrifice" in quotation marks, but is giving up one's own life really the greatest sacrifice? I'd argue that dying can be easier than living through difficulty. Making restitution to people you've wronged can take tremendous effort and suffering - something that arguably takes much more strength of character than escaping into death.

With THE PROMISED QUEEN coming out next week, quite a few readers are revisiting the first two books in The Forgotten Empires - THE ORCHID THRONE and THE FIERY CROWN - and making guesses about how the trilogy will end. There are a few questions they want answered and one has to do with the quote above. I think I'm spoiling nothing when I say that I believe that repaying debts and suffering to truly change is far more meaningful for a character than merely dying.