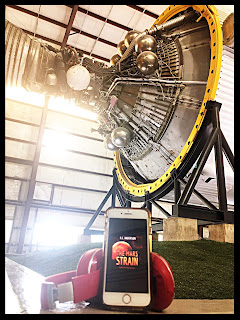 This week we’re talking about killing off characters and asking is it necessary. It’s not a new debate among authors or even readers, as Jeffe mentioned, and so far this week my fellow SFF Seveners have given opinions from both sides.

KAK made a good argument that we, as consumers of entertainment that’s filled with death and dying, are numb to it. Vivien made the point that to make a character death, MC or secondary, worth it you’ve got to make the character earn it by showing growth.

And that’s my answer to the question: Both! How can I choose both? Because for me, there’s two types of character death.

The first type of character death: mass casualties. The kind that pile up as you’re slicing your way through a game like Heavenly Sword or reading a Gridmark. I believe we, people in general, are inured to this type of death. It isn’t personal. We’re capable of separating ourselves from it—be it in the media or in real-time death toll numbers that flash across our screens—because it isn’t personal.

Depending on the type of book this kind of death is part of the story. When I wrote The Mars Strain back in 2015 the Ebola outbreak was maintaining a death toll. It wasn’t even close to our current pandemic’s tracking, but it was reality. So I knew I needed that piece of reality in my fiction and I wrote in a high casualty rate. Devin Madson wrote a great post about trad and indie publishing and near the bottom is an excellent, little section about The Pitfalls of Gridmark (it’s a great read, check it out!). Devin talks about the difference between character development and suffering, and that there is a difference, even in a genre stuffed with death. I translate Devin’s point about Gridmark to: don’t kill a bunch of people just for the sake of killing. Have a reason, be intentional.

Which brings me to the second type of character death: the immediate death. Not as in fast, but close proximity—usually a beloved secondary character. This is the one that hits you in the heart, the one that makes you cry, and the one that changes the main character’s trajectory. I have a couple close proximity deaths in The Mars Strain and I spent a lot of time debating if those secondary characters really needed to die. In the end I came to the conclusion that yes, they did because only with their deaths could my main characters make the decisions that they do that result bring about the climax of the story. Intentional, very intentional.

Nope, I’m not going to give away any spoilers here and name names.

And there you have it, my take on killing off characters and how I believe the two kinds of character deaths—mass casualties and close proximity—are needed for some tales. But I will stand firm with Vivien on the furry friends. Don’t touch a single fluff on the four legged characters (I’m looking at you I AM LEGEND by Richard Matheson who made me bawl).