When I saw the topic for this week, I laughed. I'd just finished writing a really tough chapter with lots of dark elements. I'm guessing frothy means light, and I'm kinda the opposite. So instead of talking about what my writing isn't, I thought I'd share what it IS. There's always lots of magick, romance, usually some myth that's part of the worldbuilding, and heroes that maybe shouldn't be heroes in their book but aren't toxic jerks that force you into marriage or bed or any of that annoying stuff I see too often in novels. I also write lots of female characters with varying abilities and stories, and I aim to create worlds that are diverse with none of the societal prejudices we have in the real world. That's the goal.
I have a novel coming out in November titled The Witch Collector and the cover reveal is next Wednesday, 7/7.  I thought I'd share the blurb today and the link to Goodreads if you want to add it to your lists! 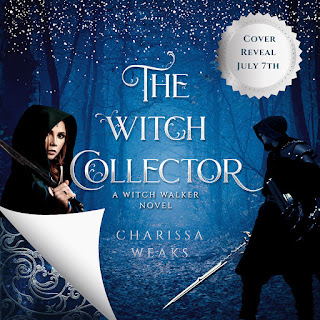 Eight years ago, the Witch Collector stole her sister. Ever since, Raina has wanted one thing: her family, together and free. Now she longs for something more: the Frost King and his Witch Collector. Dead. And today, she’ll make her wish come true.

Every autumn, Alexus Thibault travels from Winterhold to select a witch from each village for the Frost King’s service. This time he rides to collect Raina Bloodgood, a young woman whose face he cannot forget, and whose secrets could save them all.

Thrust into an age-old story of ice, fire, and buried gods, Raina must abandon vengeance and join Alexus in a quest to save the Frost King, or let their world be destroyed. But when the lines between good and evil blur, how can she fulfill her vow—to kill the Witch Collector—when he’s no longer the man who stole her sister, but the hero who’s stealing her heart? 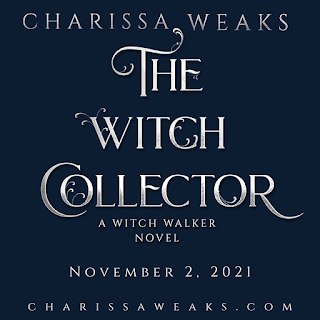