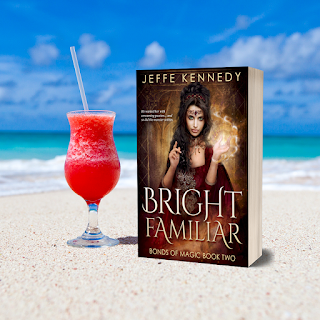 Our topic at the SFF Seven this week is politics and - no, wait! Come back!!
Politics in FICTION, okay???

We're asking how politics and the political landscape of the world flavor the outcome of stories.
This is my particular catnip as the political landscape of my books is always as important - if not more so - than other facets of the worlds I build. I even teach a workshop called "Worldbuilding: Political Systems in Conflict." Why politics? Because they are about the conflicts that affect an entire society - and societies beyond them, too. As we've all learned from the political turmoil of recent years, politics affects the bedrock of our lives, our very rights as sentient beings.
So, I argue that the political landscape is always going to flavor a story, perhaps more profoundly than the actual landscape. Sure, some stories try to present themselves as absent of politics, but basics aspects of the characters' lives - access to food, housing, education, etc. - are always going to be influenced by the political landscape.
Right now I'm looking at the release of Book #2 in my Bonds of Magic series - BRIGHT FAMILIAR releases on July 9! - and so I'm getting impassioned messages from early readers. Often when I wake up in the morning, because they're staying awake all night reading it. (Best compliment there is!) Many of them are commenting about the power dynamics and how much resonance they have - on a personal and sexual basis, but also on a societal level. When I set out to write Book #1, DARK WIZARD, I wanted to portray an entire society based on a fundamental, incontrovertible power imbalance. In the Convocation, all political power derives from the ability to wield magic. Wizards can. Familiars have magic, but can't use it - so they become the ones who are used.
As with all of us, the politics of who has the power affects what rights we have - and which we don't. In life, love, and the pursuit of all that is worthwhile.

He wanted her with consuming passion... and so did the monster within.
Lady Veronica Elal has been freed from her tower—and entered a life of servitude. It doesn’t matter that her wizard master has odd ideas about circumventing Convocation tradition and making their relationship equal. Nic prides herself on her practicality and that means not pretending her marriage is full of hearts and flowers. Besides she understands that, despite her new husband’s idealism, they face obstacles so great the pair of them could be crushed to nothing, even without dashing themselves brainless trying to fight the Convocation.
Lord Gabriel Phel has come this far against impossible odds. He was born with powerful wizard magic, the first in his family in generations. He’s managed to begin the process of reinstating his fallen house. And—having staked his family’s meager fortune to win a familiar to amplify his magic, a highborn daughter to be mother to his children, his lady, and lover—he rescued Nic in a distant land, successfully bringing her home to House Phel. Though she’s cynical about their chances of success, he’s certain they can defy their enemies and flourish. Together.
But, the more Gabriel discovers about working with the fiery Nic, attempting to learn the finer points of wizardry and marriage, the more illicit fantasies plague him. His need for Nic—and the dark cravings she stirs in his black wizard’s heart—grow daily. Though Nic has reconciled herself to being possessed by Gabriel—and indeed yearns for even more from her brooding and reluctant master—creating a new life for herself isn’t easy. Especially when Gabriel seems determined to subvert the foundation of her world. Starting with her father.