Using the MICE Tool to Find Where the Story Begins 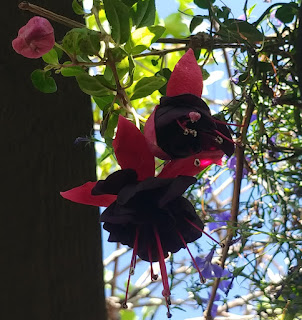 This week at the SFF Seven, we're asking each other which MICE quotient we usually start with in a story. I can see that the calendar queen, KAK, is anticipating my bitching about not knowing what these things are, because she helpfully provided a definition and some useful links.

It turns out that the MICE quotient is a tool originated by Orson Scott Card (brilliant storyteller, awful human being) for categorizing story elements. MICE stands for Milieu, Idea, Character, and Event. The Writing Excuses Podcast explores the MICE technique frequently, so I was able to listen to a couple of episodes to learn about it. Here's a list of the episodes where they mention it. This episode is particularly useful, from back in 2011, as Mary Robinette Kowal explains how MICE works. The podcasters also amusingly mull that "milieu" is really setting, but that SICE isn't nearly as good of an acronym. This episode is also useful for the discussion of the MICE approach to conflict.

To summarize this approach to writing - part of my job as the one who kicks off the topic for the week - I'm borrowing heavily from the Writing Excuses episodes I cited.

Basically these four elements can be emphasized or de-emphasized in telling a story. Short stories tend to focus on one of these elements, while longer works use several. Novels typically have all four, often in a nested approach. The tool essentially dictates how a story begins and ends.

For Idea, or Inquiry, the story begins with a question, like in a murder murder mystery, where the question is posed of why a person is dead and who killed them. It ends with the answer.

With Character, the story begins with a protagonist who is unhappy or unfulfilled, and ends with them fulfilled--or resigned to being unfulfilled. Romance and Lit Fiction are two genres that use this tool a lot.

Finally, a story that uses Event begins with something happening that changes the status quo, and ends with either re-establishing the old normal or establishing a new normal. These kinds of stories focus on action and often disaster.

As I mentioned earlier, a novel will also use these tools in a nested fashion, which I find very interesting. Mary Robinette used the example of html code (also applicable to algebraic formulas), where you essentially close brackets in the same order that you open them.

The p opens the paragraph and /p ends it. Same with b for bolding, and i for italics, giving you this formatted result:

“Dark Wizard is one of my top reads ever.” ~ NY Times Bestselling Author Darynda Jones

So, in a novel, where you use all four elements, you'd back out the same way you entered. It might look like this:

To finally answer the question of what I start with? I'm an intuitive writer, so I don't plan these things, but it's interesting to note that I pretty much always start with character, followed closely by Milieu. The above pattern is how my book DARK WIZARD goes. The pattern also repeats within smaller sections and scenes throughout the book, but this is true of the overall pattern. Basically Character frames the overall arc, as does Milieu - then there's a lot of moving from Inquiries and Events - sometimes with smaller Milieu changes.

So, the story opens as such:

Gabriel Phel crested the last ridge of the notorious Knifeblade Mountains that guarded Elal lands on nearly three sides, and faced the final barrier. The path through the mountains had been narrow, crooked, with blind endings and unexpected pitfalls.

Not unlike his life, Gabriel thought with grimly sardonic humor.

My wizard opens the story, moving into a new Milieu - physically and metaphorically. It's also worth noting here that Milieu also refers to the larger setting of being in an alternate fantasy world, which was something I wanted to be sure to telegraph from the beginning. Gabriel has a plan to change his life, but he soon encounters many questions when he meets the heroine, Nic. It's amusing to me how I introduce her in Chapter 2.

Skirts swirling about her ankles, Lady Veronica Elal paced restlessly to the heavy velvet curtains that covered the barred windows of her round tower room, and slipped behind them. Shivering in the chill trapped there, she hooked her fingers into the slats of the shutters anyway, ignoring the cold bite of the metal. It was a ridiculous habit she’d developed over the last months of seclusion, as if she could make the spaces between the rigid slats wider, so she could glimpse just a bit more of the outside world.

I enjoyed learning about this tool and will give it thought for future books. I can see how it would be useful for deciding where to begin a story - and for structuring a satisfying ending.