The Pain and the Glory of Publishing 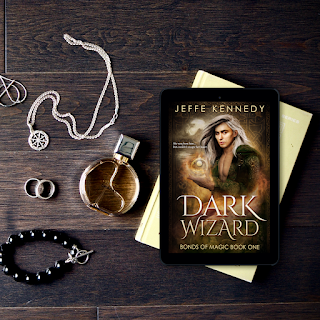 At the SFF Seven this week we're asking: What are your favorite and least favorite things about publishing?

How much time have you got?

Okay, okay - the question implies one of each, so I'll go with that, starting with the negative so I can finish on the positive.

The uncertainty, she be a bitch. Unless an author really strikes gold, the uncertainty never goes away. And I'm talking serious gold here, not gold-for-a-season. I'm talking million-dollar sales. And even then, there's no guarantees. I'm thinking of a couple of authors who struck serious gold, have made millions and millions of dollars on a particular book or series, then can't sell anything else. This happens surprisingly often with phenoms. Whatever it is about that one book or series that attracted the phenom lightning, it rarely happens again. In some cases, where it was the idea that attracted the lightning and the writer themselves isn't all that great - or doesn't push themselves to grow - the likelihood of them penning another book that anyone but the most die-hard fan wants to read is super low.

For other authors, working away at their productive word mines, it's difficult to know what the next day or next year - or next decade! - will bring. There's no corporate ladder, no particular career path, no salary or benefits. Publishing is a fickle beast and I hear regularly from my author friends, some very successful, who hit rough patches and worry about the future of their careers. The ones who survive are ready to reinvent - and to be flexible and diligent in their efforts.

I'll be frank: a lot of them can't take the uncertainty and give up. It's not a career for someone who wants certainty and security.

Writing for a living.

Seriously, it's the reason we put up with the rest. I've had other jobs and a nearly twenty-year career in another profession, and being a writer is the absolute BEST. It's amazing being a creator and the font of something that I alone bring into existence. From there other people can also have jobs, but I am the origin. The money I make is from my own self, not derived from someone else's thing, and that's an incredible experience.

It kind of comes around to the risk/opportunity ratio. Yes, there's a lot of risk and uncertainty, but there's also an equivalent or greater measure of opportunity. Because there is no corporate ladder or career path, it's all up to me to create. And I love that. I love that all the meetings have to do with something I'm passionate about, that the phone calls are about me and my work. I'm serving my own creation and not someone else and that, my friends, makes all the rest worth it.