Two Sides to Every First Line 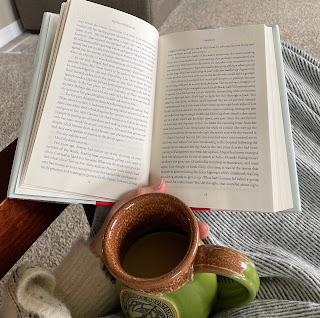 The last piece you’ll rewrite is what you wrote first.

Up until this week I had two different views on bookish first lines—who knew! Everything I’d read and been told from my beginning as a writer was to make the first line count, hook your reader, it’s the most important line.

And up until this week I’ve been following that advice. After reading my fellow SFF Sevener’s posts I realized that as a reader I have a very different opinion on first lines: the first line rarely makes it or breaks it, it’s the first page (or first few pages sometimes) that either hook me or lose me.

I’m not going to list examples here, a lot of work goes into first lines and I don’t want to knock anyones efforts, but in my recent reads I noted some very boring first lines. I kid you not, one book I reread the opening line three times as I thought I can’t believe a publishing house let this pass! Of these interesting first line reads, a couple of them turned out to be DNFs and the others ended up being solid! Surprise!

If you don’t know, my reading tastes are eclectic and numerous and get excited over a powerful line or well delivered idea. Yes, this reader is a sucker for those perfectly crafted hooks. And yes, sometimes those works of art disappoint when in novel form.

So…do I really believe in the strongest line of your book being the lead off? Or, to go with a baseball analogy here since I’ve been watching my boys play, is it better to stack the lineup with line drives so the bases are loaded when you get the grand slam?

Anyone with me on this dilemma? As a reader I want to be introduced to a character or world I can’t leave. Can that be done in one sentence—I’m gonna go with not usually. As a writer do I want a strong opening sentence? Of course, but I believe I’m going to abandon the ideal that if I fail to craft a supreme hook of a first sentence I’ve failed to hook my readers.

That, and I actually really like when book first and last lines reflect one another or are tied together in some way. I strive to do that in my writing and go a little fan-girly when I find a book that’s pulled it off as well. How about you?