Dear Hollywood, what the hell? It's been a while, and, to be honest, I'm feeling a bit disappointed.

Where are the dragons?!

I mean, yes, we had Game of Thrones. But I want a blockbuster movie with dragons. I want to feel the roars in my bones with that sweet surround sound, and have my heart soar to the heavens when they fly up through the clouds. I want to see the scales so up close and personal, I can see my reflection in the movie theater seats.

I'm serious. Where are the dragon riders? My dragon shifters? Dragon eggs with their golden ridges and pearlescent coating?

You can't make me sit through two hours of epic superhero battles and monsters from other dimensions and tell me that there isn't space for an epic battle involving a winged friend or foe with a penchant for fire breathing and burning down towns.

Obviously, this is a problem that needs to be remedied sooner rather than later. So... without further ado, here is my pitch for one of my novels, Lady of the Primordial Tree.

Sofia spent the first twenty years of her life in a quiet, isolated place where she was taught to do one thing: help women and avenge them.

She attributed the death of her mother to her father, and his mysterious past. So what does she do?

Why, only what any logical maiden in a high fantasy world would do! She runs away from home, goes on an epic quest, and meets the love of her life while fighting a sand dragon that bursts forth from the depths of a desert. Later, she meets a sea dragon, and then we find a beast so large and fearsome that she has to escape before the entire mountain palace she is currently locked up in is destroyed.

Don't tell me that would take an audience's breath away.

I'm just saying, it might be time we pass the baton to a woman writing some highly enjoyable high fantasy romance so we can give the other blockbusters a run for their money.

Frank Herbert decided that the most exotic name he could give his bat-like messenger creatures was  "cielagos", and I hate to break it to you, but that's just short for the Spanish word for bat, "Murcielago." You want some unoriginal Spanish to make things seem more "exotic" I'm bilingual, my name is Daniela.

Dragons are in their renaissance. Strike the iron while it's hot! Dragon Shifters are also coming in hot and heavy, so there is huge earning potential for hundreds of thousands of Fantasy Romance readers. Please don't let us leave the dragon movies in the Eragon Era. I want to see the hues of red light as light shines through the wings, and the glimmer of scales as they slither through the moonlight. Show me the razor sharp teeth with bits of their last meal. Give me a wicked drake making friends with the misfit young adult who just so happens to be the Chosen One.

There are numerous books who have taken these creatures, and curated entire plots around them. Take your pick, and make it happen.

But please, for the love of all that is holy, GIVE ME A DRAGON, NOT A WYVERN.

(Since The Hobbit could not tell the difference, that movie does not count.) 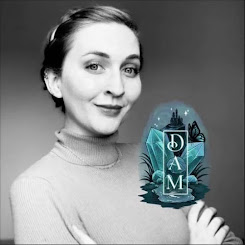 Daniela A. Mera is an educator by day and writer by night. Her life has revolved around creating new worlds since infancy, when her mother used to turn down the lights and read from fantastical books til she could hardly keep her eyes open. She lives between Nevada, USA and Hidalgo, Mexico, living out her own fantastical dreams one day at a time.

Sign up for her newsletter to get updates and free novellas or extra book chapters at www.Danielaamera.com