Author drama - is it idiocy or a PR campaign? 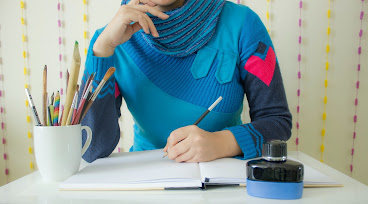 Idiocy. There, I've said it. When an author (or anyone, for that matter) creates drama for any purpose, PR or otherwise, I question their sanity.

Drama might seem fun, entertaining and diverting, but someone always ends up getting hurt. As the person creating the drama, there's a good chance it'll be you. Or you and others. So, if you create drama to create sales, sure, go have a party if that’s what you need, but remember, it says a lot about you (and money doesn't make you happy … although, it will buy you the therapy you’re going to need).

I guess it might be a good idea to lay out some of the drama found in authoring circles. In my limited experience - because I actively try to stay out of it - author drama includes:

• Using trigger warnings as a marketing tool
• Picking an argument with a reader or other author online
• Making a public plagiarism accusation
• Piling on in controversial topics that are trending, especially regarding big name authors, to gain exposure, or just for fun

And while we're on the topic of piling on, for me, that's the one that makes it all so deplorable (and a
horrible time sink). Others will jump aboard the drama train, because, well, who doesn't love a bit of gossip? Especially when it's to do with someone we’ve seen in a video once or twice, but don't know, so if we talk shit about them on the internet, it doesn't really matter. I've never actually read the book we're all slamming, but who cares? I can feel the buzz … the endorphin release … for I am part of the mob, and we are righteous in our cancel culture. Ooh, what fun.
But the thing is, those people that you kinda know, but don’t know? They may have done absolutely nothing to put themselves in the fray. And regardless of how outwardly rich, or successful, or self-confident a person may appear to be, nothing about their composition as a human changed when they became famous, their book began to sell, or the numbers in their bank balance increased. They too get that gut-punch feeling when their world falls apart. They too wonder if that dress makes their ass look the size of a small continent. Everyone goes on the internet, and, shockingly, success is not a barrier against … well … anything really. And nor is confidence a shield. Not that it’s only successful and confident people who get caught up in the drama (I’m looking at you, people who forced a teenaged girl off TikTok because she dared to publish a harmony some deemed ‘an abomination’. I actually quite liked it).
Don't get me wrong, PR is a key part of being an author. The market is crowded, and it's a tough business to be in. Authors have to put themselves out there and seek opportunities to find readers, and sometimes it’s hard to know where to draw the line. But sinking into the quagmire of attacking another human being on the internet is, if you ask me, less authoring, and more mean-kids-in-the-playground.
Even if it starts small, drama is impossible to control. Once something's out there, it's out there, and often takes on a life of its own. Which is what you want, if you're using drama for PR purposes. But it will have unintended consequences, and people will get hurt. Alas, drama has become the norm for so many, from politicians and celebrities, to corporations, journalists, and influencers. But just because everyone's doing it, does not mean it's right. 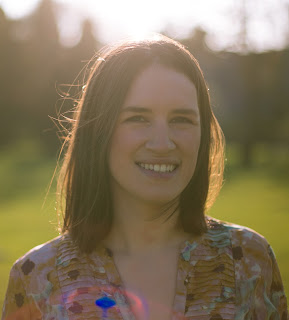 HR Moore writes escapist fantasy with dangerous politics and swoon-worthy romance. She’s known for pacy writing, plot twists, and heroines who take no prisoners … and she loves a cliffhanger. HR also started FaRoFeb (Fantasy Romance February), a community for readers and authors to elevate and celebrate the fantasy romance genre.
You can connect with HR Moore here: https://linktr.ee/hrmoore