Longer? Shorter? How Many Words Does The Story Need? 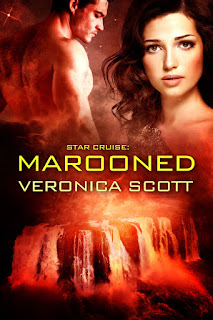 I normally write either 40K, 80K or 120K. The determining factor seems to be how much mythology and mysticism I'm including. A story from me set in ancient Egypt will run longer by its very nature, as will a science fiction adventure set on a planet with room to include mysterious powers, deities and happenings. If I'm 'just' giving you a tight disaster adventure, like Star Cruise: Marooned, the story will probably move pretty fast.

That being said I do occasionally like to write something shorter as a palate cleanser, especially if it's for an anthology. The first one I ever tackled was capped at 5000 words and they were serious about that, to the point I felt almost like I do when I'm trying to make a long tweet fit the 140 characters. I had such a great story to tell and not enough words. The people doing the anthology were zealous about editing. I think I had five different people edit me and it got to the point where each was telling me to pull or put back something one of the others had requested me to delete or add. Never again, said I! 5000 words isn't enough for me or my muse. No more short stories.

But then I had a chance to be in an anthology with some folks I was really excited to join so of course I dove into the challenge. That one that was supposed to be 10K and came in at 13K (different folks, different anthology). I could work with that. We did have a rough limit there because even though it was an indie book, it was print only. And no longer available - sorry!

Then there was Healer of the Nile,  which came in at 23,478 words. I forget what the goal was there - 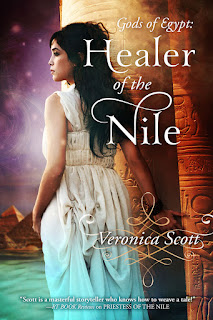 15K maybe? It was first published in the Here Be Magic box set.

And Star Cruise: Rescue for the Romancing the Stars anthology, due in at 5K, came out to be 8800K.

And I just did one for a sekrit project we're not announcing yet (darn because this is the perfect opportunity) but which was supposed to be 10K and I hit 22,272 words. Yes, give me an inch and I take 10K words LOL. That's the nice thing about indie ebooks - they can be as long or as short as you need them to be. That story really could have been a full blown Star Cruise novel as it turned out. Lots of plot I had to omit...

I probably should mention in my own defense that in the cases where I went over, the other authors in the book were aware and most of them exceeded the target word count as well.

I've been thinking about putting together a book of my science fiction romance short stories as I get the various rights back, and maybe writing a few more to fill it out. We'll see! 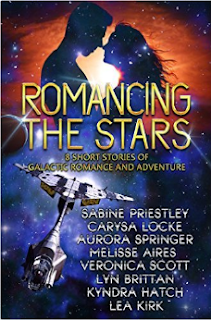 I'd love to be invited to write a short story set in Andre Norton's Witch World but I'm afraid that boat has sailed. Or Nalini Singh's Psy-Changeling world...or our Jeffe Kennedy's Twelve Kingdoms. For any of them I'd make myself hit the word count, I promise.

When we here at SFF7 do flash fiction, I just have to tell myself I'm only giving a snippet of the bigger story, not trying to tell all of it.

And clearly I'd suck at doing those "SF stories in 6 words" memes that pop up from time to time on twitter!

My Amazon Author Page, should any of this discussion have piqued your interest....