Which Classic Book Have You Not read And Why?

A lot of them. I have not read THE GRAPES OF WRATH. I've read parts of it.

I have never so much as opened the spine on MOBY DICK, because I've heard from NUMEROUS sources that it's long-winded and boring as all hell.

CATCHER IN THE RYE? Nope. I might, some day, but there are all these other books I want to read more.

Here's the thing: Classics are classics. They are also open to interpretation. Some of them get a good rep and some do not. My God, TO KILL A MOCKINGBIRD is one of my all time favorite novels. It's brilliant. I've read volumes of Arthur C. Clarke, H.P. Lovecraft, Algernon Blackwood, Anne McCaffery, Robert Heinlein, Fred Saberhagen, Jules Verne, Sheridan LeFanu,  H.G. Wells, Edgar Alan Poe, Mark Twain, Gene Wolf, Shirley Jackson, Richard Matheson, Ray Bradbury, Michael Moorcock, Marion Zimmer Bradley,  Lloyd Alexander, J.R.R. Tolkien, Larry Niven,  and that's the tiniest sampling. To me those are classics. They have a depth of work. They told stories that enthralled me and still do. I found their works compelling and delicious and eye-opening.

So why would I then make myself read works that do not have any desire to read, merely because a handful of academics decided they are required reading? I am not in high school. I never attended college. I imagine there are a few books that I SHOULD read, but I'll get to them if I have the time. 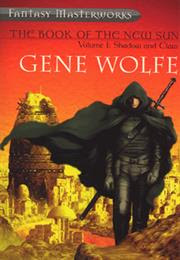 On a completely unrelated note, there's THIS: