Fuel for the Fire 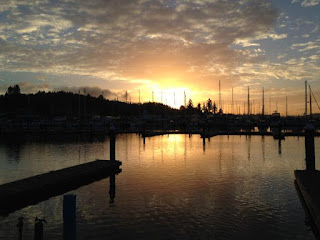 I love all of this week's posts. Excellent, thoughtful, high-minded reasons for writing. I wish I could jump on the band wagon. But I can't. Cause I stand firmly on a line. It reads 'CRAZY'. Allow me to explain.

You know when you think you're alone and you aren't just talking to yourself, you're having entire conversations? The voices in your head are addressing you and it would be super impolite not to answer back? Only you do so aloud and it turns out you weren't alone and now everyone is looking at you like you belong in a straitjacket?

Only me? Damn. That is totally why I write. Why I have to write. There's a throng in my head. I mean, sure, we all know we have voices residing in the gray matter. Mostly the voices of our parents and other loved ones, right? Most of us can still hear Mom telling us that if we keep making that face, it's going to stick that way. Those are the normal ones. The expected.

That's not all that goes on for me. It's crowded upstairs - crowded with a bunch of people and voices whose names and faces I do not know and never have known. From time to time, one or two edge out of the crowd, pull me aside, and they tell me who they are. From that point, I have no choice. If I don't start writing, I'll be on my way to an involuntary hold in a psych ward some where because those voices will not leave me alone ever again until I get their story down.

I get that this sounds like hyperbole and I can see you rolling your eyes from here, but I swear this is a thing. I can call my mother. We'll be chatting about everything under the sun BUT writing and out of the blue, she'll say, "You aren't writing, are you? I can hear it. Get off this phone and go work before it gets any worse." Every single time, she's right. There's a pressure that builds up inside - a little like that Alien movie - something trying to claw its way out through my sternum. It isn't comfortable. The only remedy is to get words down. Get a story on a page.

That's the fuel. And so long as I use it wisely, I avoid psychoactive medications and I eventually get a book out of the deal. So while I'd love to tell you I have some great intellectual drive or will of iron that gets from Chapter One to The End, it's more a feeling of responsibility to those voices inhabiting my head because each individual in the crowd is awaiting a turn - a chance to come to life on the page.

So maybe, the real truth is that the fuel for writing is as much a god complex, an over developed sense of responsibility and stunning hubris.

Email ThisBlogThis!Share to TwitterShare to FacebookShare to Pinterest
Labels: drive, fuel, Marcella Burnard, Voices, What Drives the Writing, Why I Write