Channel Your Outrage into Art 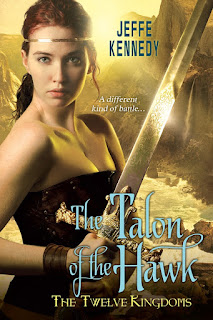 Can our calendar guru see into the future? If so, I want words with KAK on if she saw these elections results coming!

Maybe it's just me reading in. Our topic this week is: Writing fuel - taking caffeine (coffee and tea) off the table, what fuels your words?

Lemme tell you, folks - I've been writing a lot this week. And it's not because I upped my caffeine intake. It's no secret I was super excited to elect the first woman president of the U.S. I've also long admired Hillary Rodham Clinton and her stellar career. Along with her skin that must be six inches thick, because I don't know how she stands all the muck that's been flung at her over the years. And then she lost to a man who, while I understand he may be the hope of those who've felt silenced, has embodied the worst of human nature. Greed, selfishness, hatred, racism, bigotry. Those who voted for him assure us Trump won't be as bad as he seems, that he didn't mean everything he said, or that it's been exaggerated by the media.

We can only hope.

Also, I've been writing a lot.

One thing about outrage, anger, and other strong emotions - they channel well into making art. My Twelve Kingdoms books started as my answer to despotic patriarchy. The series is the story of the fairy tale three princesses, each more beautiful than the last. They're the daughters of High King Uorsin. This is a spoiler if you haven't read the books, but Uorsin is not a nice guy. In fact, he's a tyrant, and he becomes increasingly unhinged over the course of the initial trilogy.

I found it interesting that some reviews of the third book, THE TALON OF THE HAWK, said that I took Uorsin too far, that he didn't need to be that awful. And yet real world examples easily that awful and worse.

None of that mattered to me, though. He met the sword of justice just as I wanted him to - and by the hands I felt should serve his sentence. And the women triumph.

I may have been working out a few things.

But that's what we do with art. We take that emotion, those experiences, and we channel and transform them. Art communicates a message. Stories do, too.

I've been writing a lot this week. I hope you all are finding an outlet for how you feel, too.

Email ThisBlogThis!Share to TwitterShare to FacebookShare to Pinterest
Labels: art, channeling outrage, fuel, Jeffe Kennedy, The Talon of the Hawk, The Twelve Kingdoms