Writing Freak-out Moments - And Why You Shouldn't Freak Out 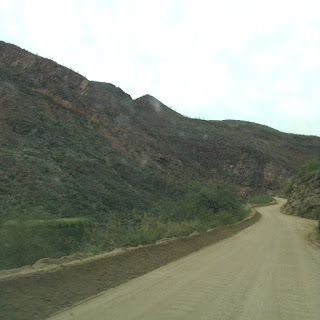 Our topic this week is "The part of the writing process when I freak out."

Which... it would be easier to pick a part of the process where we DON'T freak out. Writing seems to depend on freaking out in the same way stage performances feed on nerves.

Also, it really depends on the book. Each one seems to comes with its Personal, Super-Duper, Individualized Major Freak-Out Moment. You know the one - where you realize that it was idiocy to attempt that book, that it's irredeemably flawed, and that THIS will be the book to end your career.

Still - it's occurred to me that I should journal my moods on the progress of writing each book because it might be for me that the Personal, Super-Duper, Individualized Major Freak-Out Moment occurs pretty much at the same parts of the book. My big three are:

The level of freak-out varies. It helps if I can remember that I pretty much always stall at least a little bit at those stages. And the flavor of the freak-out is different for each of these.

Usually the first 20% of most of my books goes really fast. This is the honeymoon phase. Or, as I call it, Babylove. So much potential. The concept is bright and shiny. The words come fast, sweet and hot. But around 20%, I usually slow. My critical brain kicks in and I start thinking about how I'm nearing the Act I Climax and how much needs to be set up by then. Even if I'm not consciously aware of this impending threshold, I find myself slowing, cycling back, revising and tweaking. I start to wonder what the hell I'm doing - then I realize: oh right! First Act freak-out. Finally it's set the way I want it and I move on.

The midpoint freak-out is definitely worse with some books than others. People offering writing advice will often dole out the wisdom that if your Act I is solid, you'll cruise right through the "midpoint sag" or the "mushy middle." I've never been able to draw a correlation. (Read: I think that's BS.) I do believe that *not* having the stakes set in the first act can contribute to a sagging middle (where basically the characters run around, stalling for time until the big climax), but having a sterling first act guarantees nothing. I think we've all read published books with amazing premises and openings that gradually fall apart as the book progresses.

Despite all of this, to me, the midpoint freak out is tied to the fact that it's the turning point of the story. In other words, the STORY is in freak out. It's not really the writing. Just ride the waves and know the storm will pass.

Finally, I start to slow again near the end. It's weird. I do it every time and this one, at least, I've more or less learned to anticipate. It might not even qualify as a freak out - except that inevitably a deadline is looming and it's precisely the time I *don't* want to slow down. But I do. It's not always that I don't know exactly how the story ends (though sometimes I don't). It's more that I have to feel my way into it, plus I'm all emotional about the book ending, plus the emotions of the final climax, and, and, and...

Okay, it qualifies as a freak out.

Regardless, the point of all of this is that these phases are expected and part of the process. Keep on keeping on and those, too, shall pass.