The Secret Of My Success

Once again, Jeffe is wise.

Here's a bit of dialogue that has played out in my world about a trillion times. I can never decide if I am amused or annoyed. I tend to aim for amused. And maybe a little sad.

Person X: "So, you're a writer?" (Keep in mind that I am also a barista, which means that this question many times comes from a bored individual who is waiting for the elixir of life, AKA coffee.)

Person X: "What do you write?"

Me: "Science fiction, fantasy, horror, political thrillers. A little of this, a little of that."

Person X: "Had anything published?" You can SEE the interest waning.

Me: "About forty novels."

Me: "No. Some small press stuff. Some bigger houses."

Person X: "I always wanted to write a novel."

Person X: "I never have the time."

And now MY eyes begin to glaze over.

I've heard the excuse almost as many times as I've heard I always wanted to write a novel.

There are variations on this, by the way, like the guy who assumed I had written a self-published novel and that I sold them exclusively from the back of my car, who then ran across me at a signing. That's one of my favorites. he broke down and bought several of my books. He continues to buy vente soy lattes from me, too.

Some of these people seem sincere enough. Whenever I was talking to my wife's doctors, they meant it. Considering their workload, I could see that. On the other hand F. Paul Wilson managed to find the time and also managed several NY Times best sellers. A few lawyers managed it too.

And me. I managed it. Sat my butt in a chair every day and wrote out comic scripts. A few even sold. Then when I couldn't stand to write another one page pitch for a comic script, I sat down and wrote out that image that simply would not leave me alone. 170,000 words late I was finished. It took a few years, but I sold it. It also took several hardcore edits because I learned as I wrote, but that's a story for another time.

When I was done, I believe I celebrated by taking my wife out to dinner.

I did the same thing again when the next book came out.

The slogan I am best known for is this: "Sit your butt down and write." There are several variations of this comment, of course.

To quote Doctor Frankenfurter: "Don't dream it. Be it."

The choice belongs to the individual, of course. But if you want it. FIND A WAY. 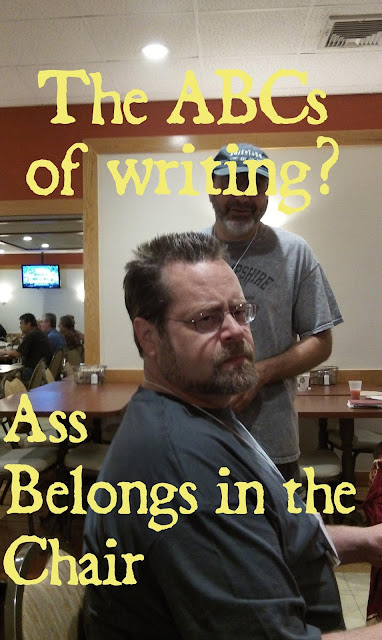 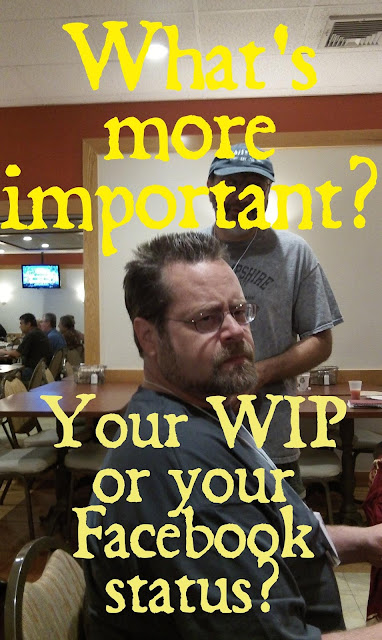