"Why haven't you written that novel in you"

That's the subject for this week, to paraphrase.

Well, the easiest answer is normally close to right. I have several, but let's go down the list shall we?

Sure you do, precious. You make the time. That excuse will never work for me. I have had  a full time job through all but seven months of my time as a full time writer. Those seven months were interspersed through the last twenty-five years, and included three months off to recover from serious knee surgery and various stints when I was looking for a job.

It wasn't that I had the time. it was that I made the time. More than once I declined an opportunity to join friends at one gathering or another, because I had to do my daily quotient of writing. Why? Because that's how you get the writing done, You MAKE the time.

So that excuse does not fly with me.

Second: "I don't know where to start."

With ass in chair. Writing is like any other craft. it takes time and practice. You sit, you write, you work out the details of that process for yourself, like every other writer throughout history though I'll grant you that some have had help along the way and some have not.

I don't care if you work the details out in a notebook (Tried, failed. My handwriting was waaaaay too sloppy), if you plot every scene meticulously and make a stack of index cards regarding each character while you hire someone to do sketches of their facial expressions or if you wing it. The story is only told if you put in the effort.

Let's be honest here: if you are expecting an easy ride of this, you're going to be disappointed. Writing a novel is work. From the outlining to the first draft to the second, third, and fourth edits. It's work. That's why not everyone ids doing it I have known a great number of people who decided that they would write a novel and then called it quits after the first few weeks because surprise, like with any work, there is effort involved.

That said, I have a lot of fun writing. I don't imagine that will ever change. I enjoy my work, even when the work is hard and requires extra effort.

Third: "Oh, I guess everyone has a novel in them."

Yeah. not mentioning names here, but a friend of mine who is a successful comic artist (far more successful than I ever was in my efforts to become a comic artist), and whom I'd worked with as a writer on a few projects that never quite came to fruition, looked at me when I told him I was going to try my luck at novels and said, "I'm pretty sure everyone has a novel idea in them." The way he said it, i knew he was dismissing my attempts. I resisted the urge to tell him where he could shove his words. Instead I just got a bit more serious about getting the first work done. My bibliography speaks for itself.

Fourth: "It's all been done before."

Bite me. You can tell me that there are only ten basic plots (or twelve, or eighteen or thirty-seven, it depends on who you are talking to or reading) and I will continue to sit in my chair and make up stories and I will do my very, very best to be paid for them.

it is not the story, but how it is told that changes. Thee may only be X number of plots, but the way that the tales are created and offered is as different as the shape of a snowflake from the next.

Stephen King has a great quote that he heard from a man on the street once I';s been a whole but as I recall the story he was watching TV and they asked several people at a museum opening what they thought of the art and whether or not the works at the particular establishment qualified as art. One of the locals. a man who was very likely a farmer and was dressed for the part looked at the interviewer and said (and I am paraphrasing here) "I don't know if it's art, but I know what I like."

That's exactly how I feel about literature.

Want to create art instead of a house of toothpicks? Find the right tools in your mind and get to it. I know a few folks who created literature from the very start. I know others who will never manage to create literature in that sense and are fine with it. Me? I write stories and consider literature to be a happy coincidence. I'm having a lot of fun. I have no intention of carving away at the words that I write until I have removed any phrase that fails to pass the literature litmus test, assuming such a test exists. I write stories that I enjoy writing. If I occasionally bleed on the page, that's just a side effec of the process for me.

The point is, there are any number of excuses that can be found and used. There are infinite reasons not to write, The number one reasons are, as near as I can tell, fear of rejection and a serious desire to not have to put the work into it. If you want it, if you NEED to write like you need to breathe, then you'll get it done. And if you are finding a dozen or so excuses why you can't, then you obviously don't want it badly enough.

Does that sound harsh? Sorry, but sometimes you need to be a little harsh.

If you want it, sometimes you have 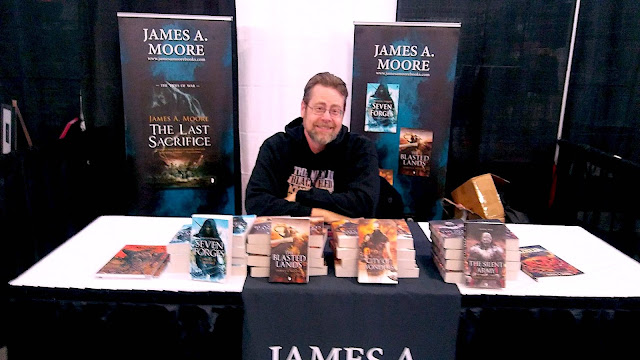 to work for it.