Not Into Unreliable Narrators


I have only one thing to say about this week's topic - I don't have any time or patience for unreliable narrators, not in books, movies or real life. Nothing will send me running faster... Okayyy then, that's kind of a short post.

What can I add to this?

Here's the only sort of unreliable narrator I've ever written to my knowledge and it's because she was about 100 years old, in ancient Egypt and her grasp on everything is pretty tenuous at this advanced age. The man asking her questions is a 200 year old ghost (or "akh"), sent back to life by the goddess of second chances to solve his own murder. I guess he was a bit of an unreliable narrator for most of the novel, come to think of it, but not to the reader, only to his fellow Egyptians. But he tried very hard not to outright lie! Edited a bit from the published version, which is one of my older ancient world paranormal romances.

To not be promo-y, I won't even add the buy links! 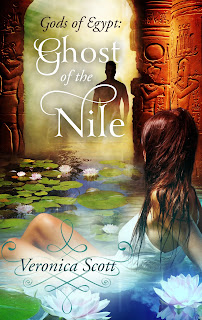 The excerpt:  He’d asked the cook, oh so casually, who was the oldest servant remaining on the estate, working his question in among other topics. She’d directed him to a woman named Benerib. “You’ll get little sense from her. Dreams in the sun, she does, and waits for her ka to be ready for the Afterlife. She must be more than one hundred years old.” Wiping her hands on her apron, Khensa went to a shelf at the rear of the kitchen, beckoning him to follow. She selected a clay jar, removing the stopper, and taking a deep sniff of the contents. Then she took a small bowl and ladled a generous serving of honeyed figs from the jar. “Here, my special recipe. Benerib loves these, greedy as a child she is. I don’t know what you want of her, but with these as your greeting, you’re more likely to get her to talk. Don’t expect much sense.”

Taking the treat with a murmured word of thanks, he left the house in search of the old woman. Asking people he met in the yard, he was directed to where the elder sat in the shade of a willow tree, a cat purring on her lap. Clearing his throat to get her attention, he bowed. “Old mother, I’m told you’ve been in service in this house for a hundred years.”

She laughed, peering at him from rheumy eyes. “Not quite that long, but yes, I’ve been a body servant to all the women of the family, including young Neity. I started running errands at the age of five, holding combs and wigs and pins and ironing linen, and I don’t know what all else over the years. Until I got too old and bent. My hands don’t work well anymore.” She showed him her gnarled fingers. “Do I know you? Are you a noble of the house, home after the war?”

Wondering which war she was thinking of, in her age-addled mind, he seated himself next to her. “No, I’m Periseneb, a guest, only here to help Lady Neithamun until the tax collection day. I’ve brought you something.”

Shooing the cat off her lap, she accepted his offering and popped one of the figs into her mouth. Eyes closed in contentment, she said, “Many years since I had a suitor bring me treats.” She giggled like a girl. "Oh yes, I had many men chasing my skirts, let me tell you.” Benerib swayed in her chair and began enumerating the swains of her youth.

Remembering the cook’s warning about getting anything sensible from such an elderly person, Periseneb felt the akh’s power pushing at him, feeding on his barely suppressed frustration. Benerib was his only chance to learn things about the family history which would never appear in the dusty scribes’ records. “Have another fig?” When she reached for the treat, he clasped his hand around her wrist and let a small amount of the pent up anger leach from him where their skin touched.

Benerib gasped, clutching at her chest, and slumped against the back of the chair. The cat, which had been purring as it twined around her ankles, hissed and spat at Periseneb before scurrying away. Dismayed at the effect he’d wrought, he prayed he hadn’t killed her. One so old didn’t deserve to die at the hands of an akh.

A moment later, opening one rheumy eye, she peered at him flirtatiously. “What is it you want to ask?”

With a huge sigh of relief, he offered her the figs, taking great care not to touch her again in his unsettled emotional state. “I’m curious about the family that owns Heron Marsh. Not this generation or even the generation before. Older times. Have you any tales of a great great aunt? Sitre by name?”

Both of Benerib’s eyes popped open and she slapped her knee as she sat up. “Oh, that one! She was a handful right enough, sir. Not at all like our Neity. Oh no, Sitre was mean, through and through. My mother used to tell me tales about her.”

He was surprised by the harsh characterization of the woman he’d known. Searching for a kinder description, he asked, “Headstrong perhaps?” Certainly many had labelled her thus in his time, with a degree of understatement. No one told Sitre what to do or denied any impulse she took into her head. Spoiled from birth by indulgent parents is what the servants in his time had said.

The elderly woman he was questioning cackled. “As a child, my mother was one of Lady Sitre’s attendants. Mind you, only for the last few years of the harridan’s life. The noblewoman must have been nigh onto the age I am now. Nothing ever pleased her. Threw her mirror at my mother, she did, or was it a cosmetics box? Maybe both! Mother said she didn’t move fast enough to please the high and mighty lady. None of the maids did. Bitter, nasty woman, according to my mother.” Falling silent, Benerib plucked another fig from the bowl and chewed noisily with her few remaining teeth. “Afraid to die, Sitre was. Tried all sorts of nostrums and spells to live forever. Most superstitious woman anyone ever met. Might even have dabbled in black magic in her last years, or so it was whispered. She never spoke of her fears, at least not in my mother’s hearing, but plainly the lady was terrified of what awaited her at the Judging of her heart.”

Discomfited by this description of the apparent harridan Sitre had evolved into before her death, Periseneb waited. This third-hand account was the closest he was going to come to anyone who’d met the woman he’d once hoped to marry. As he handed the old woman the water skin, he prayed silently that Benerib had more to share.

She took a long drink and wiped her lips. “Where was I?”

Hoping she hadn’t retreated into senile dreams again, he gave her a prompt. “You were telling me how your mother was a servant to Lady Sitre—”

“Oh, yes, after she was widowed. She’d married Lord Haqaptah. Well, the one in that day, not the one plaguing us.”

Periseneb’s heart thumped hard in his chest and he rocked on his heels. “She—she married Haqaptah?” Well, what had he expected? He never showed up to claim her, so of course she’d married someone else.

“Aye.” Lips working as she chewed, Benerib calculated and made some tallies on her fingers. “Sitre was the great great grandaunt of the current Haqaptah. She never got over her bitterness at not inheriting this estate either, let me tell you. My mother talked of it often. Cursed, the servants used to whisper, all Sitre’s schemes and efforts going for naught. Any more figs?”

A shiver ran down his spine at her words, surprising him. Curses shouldn’t concern him—he was a ghost himself, after all. Rolling his shoulders to dispel whatever momentary twinge the idea of a curse had given him, he held the bowl closer to her. “As many as you want, old one.”

“You must have flirted with the cook,” Benerib said, tilting her head to see him more closely. “She never gives anyone so many of her special figs.”

“The cook and I have come to an understanding,” he answered. “Why didn’t Sitre or her sons inherit Heron Marsh?”

The elderly woman leaned close, as if to prevent anyone else who might be interested in centuries’ old gossip from overhearing....