Rules Are Not the Boss of Me

Our topic at the SFF Seven this week is: That one "rule" that you gloriously, ecstatically love to break.

I’m assuming this is rules relating to grammar and writing and story structure…we’re not discussing speed limits or anything like that, right?

Somewhere along the way I apparently absorbed a lot of rules of grammar which I apply faithfully and don’t really think about. I do remember as a child being scornful of poet e.e. cummings for not using capital letters, an affectation which my elementary-school self apparently found highly annoying and unnecessary. I’m not much for poetry anyway, as it happens (with some exceptions), so I guess that artistic rule breaking choice of his took me completely out of the mood to read anything by him. Ever.

I’ve had editors take me to task for committing split infinitives, which don’t bother me at ALL, I must admit. Here’s the definition from The Grammarist website:  “A split infinitive is created by placing an adverb or adverbial phrase between the to and the verb—for example, to boldly go, to casually walk, to gently push. Although split infinitives have been widely condemned in grade-school classrooms, they're common in writing of all kinds.” 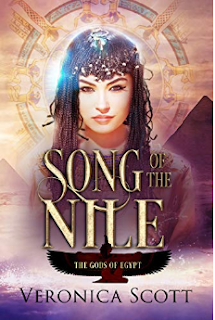 I had one editor assist me in conquering a bad habit of capitalizing a lot of words, like an over emphatic, breathless Regency Miss writing her best friend about a duke-filled night at Almacks perhaps. This was especially a problem when writing my ancient Egyptian paranormal novels. It would have made sense to readers from 1550 BCE – well, if I wrote the novel in hieroglyphics maybe - but was kind of annoying to modern day people. I probably still do that in the Egyptian books more than most writers would, but it does fit for certain titles. “She Who Was Not Born of Any”, for a certain goddess for example. (Which the Egyptians came up with as a title in the first place, not me...)

I also have a love for exclamation marks so I’ve tried to tone that down in my fiction writing because I think it makes the prose too breathless and I’d rather save the emphasis for where it’s genuinely required. (But if you ever get an e mail from me, you’ve been forewarned!)

I loathe semi colons and never use them unless forced to 'give a few' to my editor – does that count?

I’m really wracking my brain here for a rule I gleefully break. It’s just not something I worry about, frankly. I write what I what I write and my ‘voice’ as an author is what it is.

I do have utter disregard, however, for the ridiculous stricture on ending a sentence with a preposition. I so do not care about that one.

Maybe if I was writing fiction for traditional publishers, who have their internal style manuals and editors to implement those rules, I might feel differently.

I can’t think of any rules I gleefully break as regards story either. I try not to head hop, I do my best to show not tell…one of my editors mutters mysteriously from time to time that she’s “learned I’m going to do what I want to do no matter what so she doesn’t bother to point it out anymore” but since she painstakingly and very helpfully points out a LOT of stuff I’ve done, on every manuscript she sees, I can’t imagine what she’s letting me skate by with. <= See my preposition at the end of the sentence?!

I LOVE my Editor, who is wonderful and so helpful!!!

The one rule I’ll NEVER break as a romance author? There will always be a Happy Ever After or good solid Happy For Now ending in every one of my books. Guaranteed.