My favorite part of being an author is that when I write I’m in the creative flow. It’s the best feeling as the words pour onto the page – it’s like a runner’s high. Here’s how Wikipedia defines it: “In positive psychology, a flow state, also known colloquially as being in the zone, is the mental state of operation in which a person performing an activity is fully immersed in a feeling of energized focus, full involvement, and enjoyment in the process of the activity.”

Yup, that’d be me when the words are flowing really well. I’m not conscious of time passing or the effort involved. I’m just telling the story.

I don't run (bad knees), I can't play music, I'm not a good swimmer, I don't sew or craft any more...and none of those creative activites or 'gifts' ever gave me entry into the zone of the flow. Writing is my gift and I cherish it. 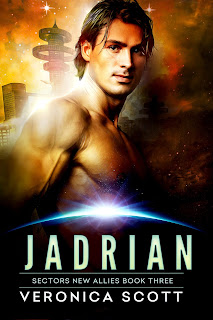 Sometimes an entire book comes to me “in the flow” and almost writes itself. JADRIAN and STAR CRUISE MAROONED were both like that. I woke up in the morning and there the story was in my brain and my only limit was how fast could I type. More often, I’ll get a single scene that’s demanding to be written and so I do, even if it’s out of order for where I am on the overall novel.
Sure there are times when I sit here at the keyboard and the action doesn’t flow, or the characters won’t do what I expected, or there’s some other problem but even then, while I might not be in the zen zone flow, I’m still in a good frame of mind and not conscious of time passing.

I don’t think I have a least favorite part of being an author? Maybe the fact that I always have so many ideas always popping up, and fascinating avenues of research that I could chase down a neverending rabbit hole…but I don’t have time in one lifetime to do all of it. So I have to pick and choose which story to tell and therefore accept that I may never get around to writing the Renegade his novel or the sequel to LADY OF THE STAR WIND or another book in my fantasy romance series…even though I have the bones of perfectly good plots for each.

Not being independently wealthy, and being a full time writer with bills to pay, I have to prioritize the books and series that are currently finding the most resonance with my readers. And wow am I grateful for the readers! I love my Badari Warriors and have a ton of stories to tell in the series…lots more STAR CRUISE adventures to spin…and at least once a year I try to squeeze in an ancient Egyptian paranormal romance. Which just this week someone said the PNR  novels were “Like eating potato chips. I couldn’t stop at one.” WOOT! Music to my ears. 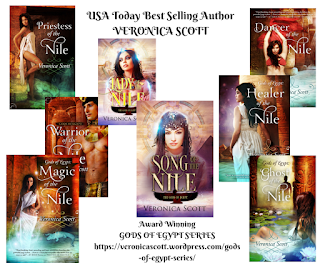 I'm not crazy about the marketing aspects of being an author - I'm not good with statistics and have no patience for running 1000 Facebook ad variations and analyzing A/B or clicks per second or WHATEVER the statistics may be. But to me, that's a whole other discussion quite apart from the part of being an author writing books. Ads and other marketing issues are the business and not what we're discussing here!