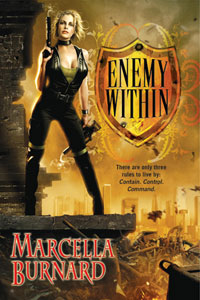 Back lists are supposed to be where old books go to make an author a steady trickle of income. But sometimes the back list rises from the grave and lives again. IT LIVES. Yeah. That's all the spooky I got. Sorry.

Enemy Within was the first book published. That qualifies it as back list. So is the second book in the series, Enemy Games. And then the series was orphaned. I had all but given up getting to finish the series, but sometimes, years long procrastination has its benefits. My rights reverted.

I made plans to self-pub the whole kit and kaboodle. But then the lightning struck my monsters. The Wild Rose Press bought the entire series. They reissued Enemy Within and Enemy Games. They then released Enemy Storm. When I finish the current WIP, they'll get book four - which doesn't even have a working title yet because that's how titles and I roll. 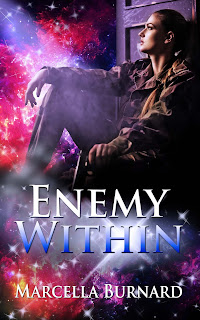 So then. If the back list rises from the dead, is it still back list? If it isn't, there's always that UF series with the demon. Maybe that's a better Halloween horror-fest.