Made-up Gizmos for Communication and Cats

Look at these two adorable floofs: 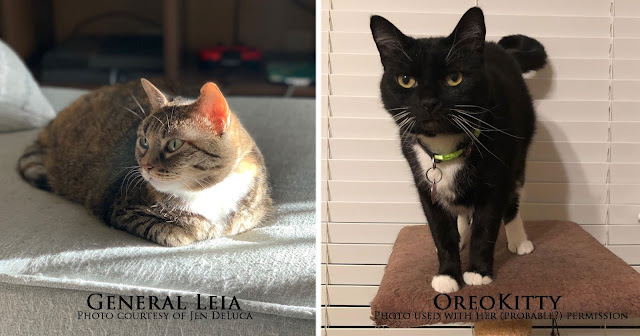 Don't you just want to snuggle them and give them treats all day? Ahhhh, cats. More on them later.

This week on SFF Seven, we're talking about things we invented or made up in our books that we'd really like to have in real life. Can I just say, I make up a lot of stuff? Like, a lot. Most of it is based on seeds of current science extrapolated to possible future usage, and yes, my worlds tend to be a teensy bit dystopian so that doesn't always work out well, but generally speaking, I'd like to be able to play with most of my made-up gizmos.

For instance, weather control. I grew up in Houston, Texas, on the coast of the Gulf of Mexico, and whoo-boy is that a fun place to ponder weather control, specifically hurricane harnessing mechanisms. In my Wanted and Wired series, large-scale climate control experiments go awry, and the resultant calamity is, um, less than jolly happenstance, but some of the other technology mentioned might be really helpful. Lookin' at you, ocean turbines that can turn hurricanes into clean energy.

I also made up off-the-shelf hats and implants that allow brain-to-brain messaging and even transmission of sensory data, enabling someone else to feel what you feel. Wild speculation, yes, but also not completely without actual scientific basis. Those would be cool to have.

But my favorite gizmo--also communication-related--is a series of alterations performed on the fictional cat Yoink, who was based on those two felines above, General Leia and OreoKitty. (Blame them for the delight in belly rubs, which I am told is not a universal cat like.) Tech in the books enables Yoink to communicate with her people as well as with a whole world full of animals that have implanted tracking devices, making her sort of a commander of a loose army of wild and generally pissed off critters.

That tech would presumably enable me to communicate with the animals in my life. And I'd like to ask those guys some questions for sure. Like, hey Leia, what'd you think of the book? 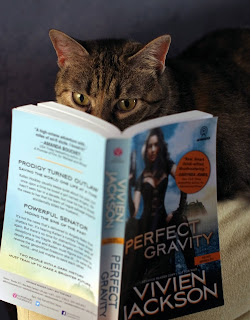