No Time for Nits

Our topic at the SFF Seven this week is  Nitpicking - venting about things or thinking about the value of attention to detail.

Personally me, I’m not much of a nitpicker. I tend to be live and let live and select my battles, you know? 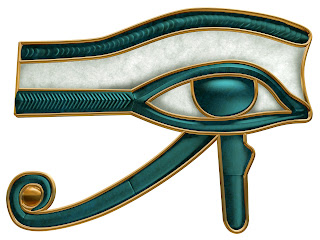 As far as editing for tiny details, the worst situation I ever had was once when a new-to-me-copy editor went through one of my ancient Egyptian paranormal romances and ‘corrected’ almost everything. When I write a story set in 1550 BCE Egypt, I have a style and a voice that fits the epoch and the way the ancient Egyptians thought about the world. It’s one of things readers and reviewers compliment (not to be boasty). As one reviewer said, “These are not 21st century people in kilts.” Right. I do a ton of research and have a huge library of reference materials in order to achieve my desired effect of taking the reader to that ancient world. I like to joke I’m getting my informal degree in Egyptology with all this studying. So I was irate and the copy edit was useless to me.

Have you ever dealt with real nits by the way? Our family went through several rounds of that activity when the children were little, especially one year when the day care was allowing children back in without being diligent enough on checking they were actually nit free. I’ll spare you the gory details but nits are tiny and tenacious and there’s nothing fun at all about searching through an entire head of hair to find and detach them.

Gave me a whole new appreciation for the term, let me tell you!

Hopefully I haven’t grossed you out…

I did have to watch the details on my new release of the past week, STAR  CRUISE: RETURN VOYAGE, which is in the Pets in Space® 5 scifi romance anthology. The events take place on a ship called the Nebula Zephyr but a lot of the plot is anchored in a tragedy set decades earlier, in The Wreck of the Nebula Dream. I had to be so careful and triple check myself every time I referred to either ship to be sure I was getting it right. Dream was destroyed, Zephyr sails on.

Speaking of details, we did hit #1 in several categories on Amazon and got that little orange flag appended to the listing for a while and we were a Nook Best Seller…but then to balance that, Kobo had a technical glitch on their end and were delivering four pages of gibberish to people versus the humungous anthology they expected. Details, details. Kobo admitted it was a problem on their end and took quick action so all is good. 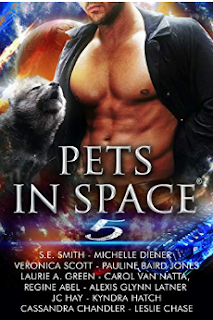 
It’s time for an escape! Pets in Space® 5 is back for the fifth amazing year! Escape to new worlds with twelve of today’s top Science Fiction Romance authors. They have written 12 original, never-before-released stories filled with action, adventure, suspense, humor, and romance that will take you out of this world. The giving doesn’t stop there. For the fifth year, Pets in Space® will be donating a portion of the first month proceeds to Hero-Dogs.org, a non-profit charity that supports our veterans and First Responders. If you are ready to forget the world around you and make a difference while you are having fun, grab your copy before it’s gone!

STAR CRUISE RETURN VOYAGE: Gianna Nadenoft is a reclusive survivor of one of the worst interstellar cruise ship disasters in the history of the Sectors. Now a renowned artist, she hasn’t left her home planet in decades, not since returning there after the wreck as a traumatized three-year-old. With her service animal at her side, she’s going to attempt to travel across the star systems to attend her brother’s wedding and reunite with her fellow survivors.

Trevor Hanson is a security officer aboard the cruise liner Nebula Zephyr with his own traumatic past as a former Special Forces soldier and prisoner of war. He’s assigned to provide personal protection to Gianna during her time aboard the ship but soon finds his interest turning from professional to romantic.

Onboard the Nebula Zephyr, powerful enemies are watching Gianna and making plans to seize this rare opportunity to gain access to her and the secrets they believe she’s still keeping about the wreck. Can Trevor overcome his personal demons and rise to the occasion to save Gianna from the danger waiting on his ship, or will she slip through his fingers and suffer a terrible fate deferred from her last disastrous voyage?