I Learned How to Write Novels by ... Training in Kung Fu 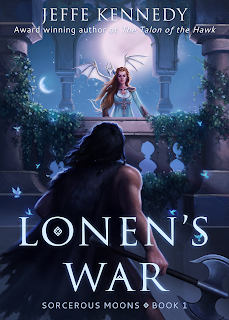 I'm headed home from #RWA16, the Romance Writers of America annual conference, which was in lovely San Diego this year. This was a truly wonderful gathering this year.Grateful for this community that always leaves me refreshed and supported.

Also, the first book in my new Sorcerous Moons series comes out on Tuesday. I'm loving on this cover! Yes, I helped design it, but the amazing Louisa Gallie is the one who pulled it off. Love the feel. And here's the blurb:


An Unquiet Heart
Alone in her tower, Princess Oria has spent too long studying her people’s barbarian enemies, the Destrye—and neglected the search for calm that will control her magic and release her to society. Her restlessness makes meditation hopeless and her fragility renders human companionship unbearable. Oria is near giving up. Then the Destrye attack, and her people’s lives depend on her handling of their prince…

A Fight Without Hope
When the cornered Destrye decided to strike back, Lonen never thought he’d live through the battle, let alone demand justice as a conqueror. And yet he must keep up his guard against the sorceress who speaks for the city. Oria’s people are devious, her claims of ignorance absurd. The frank honesty her eyes promise could be just one more layer of deception.


Fighting for time and trust, Oria and Lonen have one final sacrifice to choose… before an even greater threat consumes them all.

Our topic this week is “I Learned How to Write Novels by (doing some other activity).“ It will be interesting to hear what all everyone else has to say. Hopefully Jim won’t just post that he learned to write novels by writing novels.

~Gives Jim the beady-eyed stare down~

For me, I had to teach myself how to write a novel – both by focused, deliberate habit-building, and by an overall effort to improve myself.

As for the first, I didn’t know how to write long. I started out as an essayist and short-story writer. I could hold essentially the entire arc of the story in my head and I usually hammered it out in one writing session. Sure, sometimes an all-session, but still. I’d gone to working four ten-hour days at the day job, and writing all day on Fridays. For a while I wrote an essay or story a week – though most were 1,500 – 5,000 words

When I decided to write longer, I realized this wouldn’t work. I couldn’t hold the whole story in my head, and by writing one-day each week, I’d lose too much of the thread in between.
So, I had to deliberately build a habit of writing every day for a couple of hours – and teach myself how to work incrementally, rather than in a long, focused session. This was a huge change in work-pattern for me. I had always been a binge-worker. I was the girl in college who pulled all-nighters, staying up to write my papers the night before. I’m pretty good at concentrating and working in one long session.

Therefore I had to learn how to work in slower, steady increments.

But that’s not the subject of this week. What I discovered was that something else I’d been doing helped me enormously in this effort.

I started taking Tai Chi and Pakua Chang long before I decided to become a writer. Those are both internal Chinese martial arts that fall under the collective umbrella of Kung Fu. (I learned several more arts and styles over time, but this was where I started.) I’d been dating David for about six months at that point and he really wanted to learn Pakua. I’d been a religious studies major in college and had become very interested in the idea that practice shapes belief. (Christians, for example, teach that you only need to believe and everything else follows; in Judaism, practice comes first – prayers, rituals, dietary observances – and they teach that belief, and spiritual growth, arises from that.)

All of this is a long way of saying I was up for learning Kung Fu also, as a way for practicing a physical discipline that could lead to personal growth.

We studied those arts for over fifteen years. Along the way, I discovered a level of patience I’d never before possessed. That kind of training in particular depends on incremental work. We did a lot of moving meditation. Tai Chi requires very slow, meticulous and relaxed movements. There are various standing exercises that require fortitude of both body and spirit, remaining in the same very uncomfortable position for a long period of time.

After a while of practicing an activity, it becomes easy to focus on the specific goals – the next demonstration or test – and lose sight of the original reasons for taking it up. I became intent on the trees, pouring energy into the school I belonged to, both taking and teaching classes. It wasn’t until we eventually left the school that I remembered about the forest.

Imagine my surprise when I discovered that all that practice resulted in personal growth. I’d developed all sorts of patient focus for working incrementally that dovetailed directly into learning to write novels. I had created work habits that allowed me to move into a new kind of steady and productive creativity.

I get asked a lot these days to explain how I do what I do. I’m regarded as a fast and productive writer. Fortunately I also seem to write good books! The people asking inevitably want to know how to do the same – and I’m afraid my answer isn’t an easy or fast one. Except that I think we all have these other experiences that come into play, skills we’ve built over time that we can move into new
efforts.

Nothing we do is ever wasted.