On Being Afraid to Speak Up 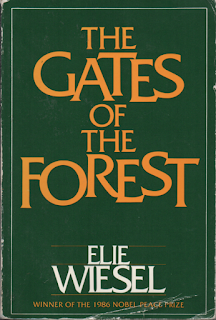 Yesterday, on July 2, 2016, Elie Wiesel died. He was a Nobel Peace Prize Winner and a celebrated writer who brought to life the realities of the Holocaust. 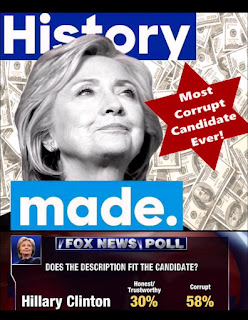 Note the use of the Star of David for the speech bubble. An hour later, he changed it to a circle: 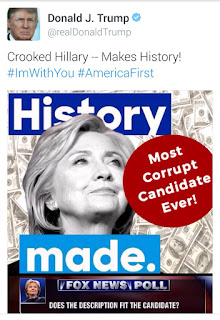 It wasn't an accident. No one - especially a publicist in a presidential campaign - accidentally uses an enormously fraught symbol of race and religion.

I read Elie Wiesel's The Gates of the Forest in college, as part of my religious studies major. It's been on my shelf ever since. The protagonist is no hero. In fact, he's weak. He allows others to sacrifice themselves so he can live and he ultimately commits a craven act of betrayal. We had extensive class debates on his motivations. I see it as fear. He was afraid - justifiably so - and let fear run his life.

Our topic this week, appropriately enough, is "The Politics of Writing."

Now, I know that many, many writers will advise staying away from politics. We hand that around a lot. Don't mention personal politics on social media because we don't want to alienate readers. People who disagree with our politics might no longer buy our books.

But isn't that fear?

Writers have a long history of being vitally involved in political and social change. I'll give you a hint: Elie Wiesel didn't win the Nobel Peace Prize for negotiating a treaty or arranging food for the poor. It was for his books.

There's a famous poem by Martin Niemöller which has been perhaps overdone to the point of invisibility. It's also been modified and co-opted numerous times. But it captures an essential truth:

Which is cowardly, isn't it?

In some ways, it's fascinating that we're at this place now, where writers advise each other to stay away from politics. As if money is more important than anything else. I'm not talking about agitating over Democrats vs. Republicans.

I'm talking about standing by while the religious and racial persecution of other groups is openly discussed as a viable political position.