The Best of Both Worlds For Me

This week’s topic is about doing worldbuilding for the pleasure of doing it, as I understand the guidelines.

I write in two very different worlds – ancient Egypt and the far future. (I also have one fantasy romance out, The Captive Shifter, but as yet I haven’t written enough there to really discuss today. Although yes, I have massive worldbuilding in my head.)

Ancient Egypt is a very well established world, with oodles of research out there to revel in and draw from, and gorgeous artifacts galore, some of which I’ve seen with my own eyes and marveled at. I have multiple book shelves full of tomes about ancient Egypt – everything from translated love poems to scholarly treatises on one tomb by itself -  and I love doing the research. There are so many more stories and story possibilities than I could use in a lifetime.

I picked my era, which is around 1550 BCE, when the Egyptians drove out the Hyksos and embarked upon an age of expansion and stability in the New Kingdom. I invented my pharaoh to allow myself more latitude in the stories I could tell, although he’s based on several real rulers of the time.  My added element is the fact that I have the Egyptian gods and goddesses involved in daily life the way the Egyptian believed and hoped they were. My readers have told me that I make them feel as if they were in ancient Egypt, despite the fact I have this paranormal or fantasy element going on, and I also commit certain deliberate anachronisms to make my books work better and sound plausible to the modern reader who may not be immersed in all the research about the time. (Not writing actual historical where every detail is expected to be 100% accurate.)  I have a page devoted to this on my webpage in fact. As an example, Egyptian deben wasn’t actual money per se, no coins but more of a concept of relative value, but my characters deal in actual money.

I really enjoy trying to fill in the blanks left for us by the elaborate tomb paintings and the artifacts, to figure out and portray what daily life might have been like for a lady in Pharaoh’s court or living on a country estate. How was it to take a ride in a war chariot and go so much faster than you’d ever moved in your entire life? What did a priestess of the Crocodile God do all day, running her temple?

In short, I have a heck of a wonderful time dwelling in ancient Egypt on my terms, telling my story and then returning to my own modern life.

Pretty much any topic I have questions on, I can find at least a few kernels of useful information in the research materials or online and then let my imagination soar. 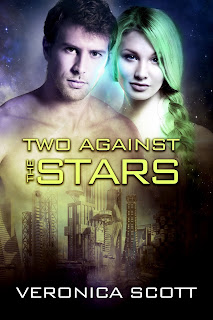 Now the science fiction romances are a different story and there I created my interstellar society, the Sectors, from scratch.

Except not really, because my chosen author theory is that we as humans are going to remain pretty much the same, whether in the past or thousands of years into the future. I really resonated with the well-worn, lived in, used spaceship type of universe depicted in the “Aliens’ movies and the early “Star Wars.” I also loved Andre Norton’s science fiction and the structural set up she had going on.

My Sectors are kind of similar to all of these influences, although I’ve added elements of my own including various alien civilizations both friend and foe. The longer I write Sectors novels, the more I add to the world building. I do have some secrets that only I know, which may or may not ever be revealed in a novel, but which give me the high level context to write the stories.

So I have fun in either universe I’m inhabiting – Egypt of the Pharaohs or the far future in the big galaxy. Currently I have my next Sectors novel at the developmental editor and I’m about midway through writing the first draft of my next Gods of Egypt novel. I'm living the best of both worlds! 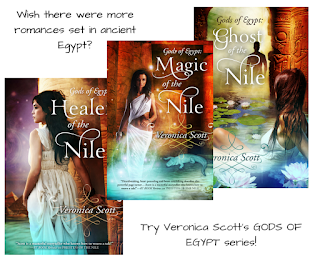 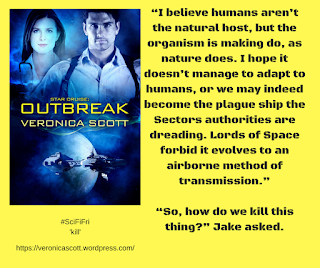