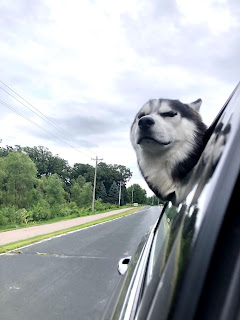 The easiest scene I ever wrote and why?

I could go one of two ways with this one…so which way do I want to go. The easiest way I guess!

The easiest scene I’ve ever written was the very first scene I ever wrote in the first book I ever wrote, the book that went on to earn me the national recognition of a Golden Heart.

If you don’t know, I started writing because after seeing me come home with armloads of books one too many times my husband told me to write one. And I seriously though about it decided I wanted to write a book that I could put on the shelves in the treatment rooms of the cancer centers where I worked. I wanted to give the gift of escape to my patients.

But how do you start writing a novel? I knew how to read them—I was really really good at that. But actually writing a book was HUGE and I was at a loss.

Then I had a dream.

In my dream I was a young woman—yeah yeah not much of a stretch there but hey, start with the familiar—who had left her lover sleeping in their cabin and was in search of breakfast. I love food, even my subconscious loves food.

My shoulders tighten as I walk. I know I shouldn’t wander out of my cabin—I haven't been safe since the night—but that only fuels my need to get out, even for a moment. The weight of my skirts are heavy against my legs, holding me back. I press my palms against the silky fabric, steeling myself, and continue on.

I follow the gilded handrail to the dining saloon, or perhaps it's the warm aroma of croissants and coffee that draws me there. I peer through the open door and my stomach cramps at the first sight of a pastry basket on an open table. Without a second thought I breeze inside without a glance at the room's occupants.

After the waitress pours my tea I look up and met the gaze of the man seated a table over. He absently nods and turns back to his discussion with the white-haired gentleman next to him…a man in uniform, a uniform that matched his highly decorated one.

My face goes numb and a chill spreads down my body. I glance around the room—at all the nearly filled tables—and my chest squeezes. I know who they are, and they're here to kill me.

I sit frozen, waiting for them to recognize me, to jump up and point and scream my direction. But of all the soldiers conversing and eating around me...no one notices me.

No one notices me.

A heady rush fills me and lightens my limbs. I almost laugh out loud. I'm safe. I could get up, walk out of the dining saloon, and disappear. I'm more than safe, I'm free.

My heart rips in two and painfully exhale, "Hawkin—"

I’ve left him sleeping in my bed...and our friends in the next room. What kind of a person am I that I could think to walk away? That I could leave them to die?

A voice in my head whispers of freedom, telling me how easy it would be to stand up and leave it all behind, to never be hunted again. My breath fill my ears.

But is being safe worth the nightmares? My hand fists on the white table cloth.

I half stand, and drop my handkerchief near the general. He notices—as I intended—and retrieves it for me. I give him a warm and demure smile of thanks, a mask that he believes. Then, I accept his invitation, since no lady should dine alone, and seat myself next to my enemy.

Yes I’ve written this scene before, yes I’ve even rewritten this scene a handful of times—the first time I wrote this was 8 years ago—and yes I’ve since written better ones for other books. But this version is as I recall experiencing it and I typed it out in under five minutes because it’s still the easiest scene I’ve ever written.

The why is actually very simple. I experienced this scene by smelling it, breathing it, and touching it. So, putting it to paper comes naturally and even though it’s gone through a few revisions—steampunk aspects removed, a little magic added, some secondary character tweaks, and added clarity for my main character—the heart of the scene remains the same.

This scene’s about being trapped in a cage only to find out you have a clear path to freedom…but that choice means having to leave something you love behind and you have to grapple with that reality before you can decide which direction you’re going to go.

Alright, your turn. Do emotions drive your scenes? What about your easiest scene, was it driven by circumstances or the character?