Why we need characters with mental and physical disabilities. 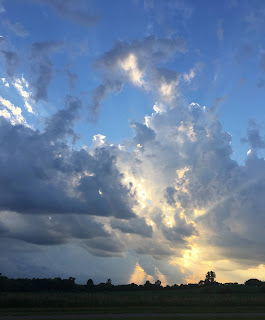 Every character you write should have a weakness. You want believable characters and real people have faults, even the superhero and supervillain.

Writing lesson for the day, done.

What’s that? You wanted an example? I guess the topic of the week is which tic/tell/weakness have you given a character that they’d rather foist on their worst enemy.

Well, that's complicated. Or maybe not. I do have a character in my fantasy novel, The Dark Queen’s Daughter, who has a tic. Why did I give him a tic? A very specific, chin-jerk, throat-clearing tic? Why bother to give a character a flaw caused by a medical issue?

Because I'm the mother of a child with PANDAS, Pediatric Autoimmune Neuropsychiatric Disorders Associated with Streptococcal infections. And because I want my child to see a character that has to deal with the same mental and physical challenges, but also see that character make a difference in their world.

If you’re not familiar with PANDAS, it’s basically a strep infection gone wild. Strep is exceptional at hiding from our immune systems and eventually confuses it enough that it starts attacking our bodies. It messes up parts of the brain, like the sympathetic and parasympathetic nervous system. To sum up, your brain gets stuck with the gas on and it can’t stop. There are so many symptoms to this but for some it comes out as OCD tendencies and for some it’s a tic—motor, verbal, or both.

Figuring out unsolvable health issues is definitely not fun. It’s emotionally draining. But it’s worse as a parent and you feel helpless to provide for and take care of your kid. Trying to explain why they can’t have certain things that all the other kids are having or can’t do things that everyone else gets to do is difficult. And then there’s the constant fear that their peers will turn on your child and ridicule them for something they can’t control.

If you're a parent struggling to find a diagnosis for your child, or if you yourself are fighting to figure out what's happening with your health, my heart goes out to you.

Mental disabilities and physical limitations are so difficult and so varied and leave you feeling so alone. That's why I believe it’s incredibly important to have characters that reflect what challenges us in real life. We need to see ourselves and those we love reflected in the characters we read and write. We need the emotional release of something finally working in their favor. And we need to see those flawed characters have a happy ending.

I’ll continue to write characters with mental disabilities and health problems. And I hope that my stories find at least one person that can relate, that can see themselves in a character, and cheer them on to the triumphant end.