Critique, Alpha Read or Beta - Which Is What?

Here's a little tease for you of the cover of UNDER A WINTER SKY - the midwinter holiday anthology I'm doing with, well, as you can see! Kelley Armstrong, Melissa Marr and L. Penelope. An amazing lineup and a seriously gorgeous cover. Look for the reveal on Tuesday, September 22 on Frolic! Preorder links are here. 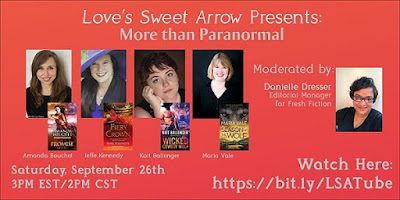 Our topic at the SFF Seven this week is: How do you define Critique Partners, Alpha Readers, and Beta Readers?

I think this was my topic suggestion because I was sincerely interested in everyone's definitions. Seriously, I feel like writers use these terms very differently depending on the person. For me, I don't use "Alpha Reader" at all. I don't even know what that is except maybe a response to "Beta Reader."

Can we divert a moment and discuss that simply adding the next Greek letter in either direction doesn't necessarily make the term meaningful? I mean, Beta Reader makes sense because it's like beta testing. The term "beta testing" comes from software development, where "the end-user (intended real user) validates the product for functionality, usability, reliability, and compatibility." Thus a Beta Reader is an end user - in this case, a reader - who takes the story out for a test drive by reading the completed work. Alpha testing, in its original sense, "is carried out in a much-controlled manner and it is not accessible by the end-users/market. Testing is carried out to simulate real-time behavior to match the usage of the product by the end-users in the market." To my mind, if alpha testing occurs entirely in-house, then Alpha Reading would be by the author. I am my own Alpha Reader, I suppose, which is just writing and revising. An "Alpha Reader" is not one step earlier in the process than a Beta Reader just because alpha is to the left of beta in the Greek alphabet. I won't die on this hill, but I did have to mini-rant about it.

What I think writers mean when they use the term "Alpha Reader" is actually a critique partner or group. Critique is the first pass by outside eyes. It's the thorough examination of the work by someone who isn't the writer. But, people don't seem to like the word "critique." It implies criticism and - let's face it - no writer loves criticism.

I think what's going on here reflects a level of author proficiency, too. It has certainly worked that way for me.

When I started out as a baby writer, lo these couple of decades ago, I took writing classes where we "workshopped" each other's writing. (Workshopping could be considered a deeper dig than critique, where other authors may actually help create and shape the story.) Some writers I met in those classes invited me to join their critique group. (Big milestone for baby writer me!) That first critique group really taught me a lot about writing and absolutely helped to launch my career.

After a few years, the group burned out - as these groups do, for particular reasons, though that's a whole 'nother topic - and I moved into using critique partners. These were writers I swapped work with. They've changed over the years, though some have been working with me for over ten years. (Hi Marcella!) We tend to hit each other up for specific projects/problems/questions these days, rather than regularly exchanging everything we write.

Fast forward to a few years ago and I was invited to join another crit group - this one specifically SFF. It ultimately didn't work for me. A writer friend suggested that the reason was that the group was trying to dig into my writing at a level I  no longer needed - and that I, in fact, found was harmful to my process.

So guess what we've done? Formed a beta reading group!

It's a group of writers all well-established in our careers, and we read each other's completed works. (Or completed chunks intended for submission on spec.) It's definitely a different level of analysis with thoughts on clarifications or missed opportunities. So far it's working great!

What's key is to figure out what will most help our process at that time. Not always easy, but like everything - a work in progress!