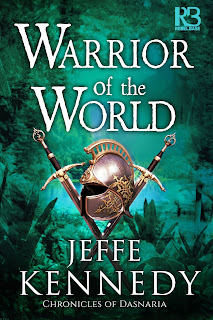 Our topic at the SFF Seven this week is: Trying to Moneyball Book Marketing: Is there One Simple Trick we’re all missing?

"Moneyball" refers to the movie with Brad Pitt and Robin Wright - and an early career Jonah Hill. It's an excellent movie, well worth watching, and one we happened to recently rewatch. (Although I'm not the one who suggested this topic.)

In the movie, "moneyball" is actually employed in a snide sense, because Brad Pitt wants to implement a new system for choosing baseball players. Apparently based on real events, as general manager of the team, Pitt hires Jonah Hill to run the statistical analyses on past performance of players to compose a winning team. The old guard, particularly the scouts and other team managers, fiercely resist this system because they believe in going with their gut about players. Also, the statistics tend to disregard the glamorous and high profile players, instead favoring the workhorses who turn in consistent but not necessarily spectacular results. Because Pitt is trying to maximize team composition on a lean budget, they accuse him of being interested in moneyball instead of baseball.

I mention all of this because I hear "moneyball" used in the sense suggested in this topic quite a bit, and I don't think that's what people necessarily mean. Really, we should be talking about if there's a way to moneyball book-writing. That would be a more direct analogy.

The real question of the week - is there a simple trick to book marketing that we're all missing? - gets a "I really don't think so" from me. I'm not a marketer, by profession or inclination, but there are plenty out there and I don't see any of them using any particular tricks beyond pouring a lot of money into broadcast advertising.

Could be the other folks here have other suggestions!

But I do think there are ways to moneyball book-writing. At the risk of sounding like the intransigent scouts in the movie, I don't much care for that approach. I know a lot of self-publishing authors scan the top 100 lists on Amazon, see what kinds of stories are selling  hot and write those. That's not something I want to do. Arguably I am being like the old guard of baseball, waxing on about the art and heart of the profession, but that's where my values fall out. I'm a writer first out of love. If I wanted to play the odds, I'd do something else.

There is a lesson to be taken from the moneyball concept that does harmonize with how I approach writing: the long game. Most of my books are slow and steady performers. I have not (yet?) had the glamorous bestseller that everyone talks about. But my books sell decently. They earn out the advances I'm given or the money I invest in producing them. Like Jonah Hill, I run the numbers on my sales and track which do well, which have increasing or decreasing sales. I know which are my steady performers, and I value them. With each new book, I gain readers for the backlist and see nice bumps in sales.

In fact, if there IS a marketing trick that I've heard passed around and that has worked for me, that's to write another book. It really does work.

Speaking of which, WARRIOR OF THE WORLD releases on Tuesday, January 8, 2019!