She Did It All For Love...And Revenge: THE BURNED SPY

We're giving love to our backlists this week, so you, dear readers, can spend quality time with a new-to-you book-Valentine. After all, fantasies are our specialties. ~brow waggle~

Last year, THE BURNED SPY introduced Bix the Gatekeeper in the story that launched my Immortal Spy urban fantasy series. Book 5 drops early this summer, so you have plenty of time to get to know Bix and the Berserkers. 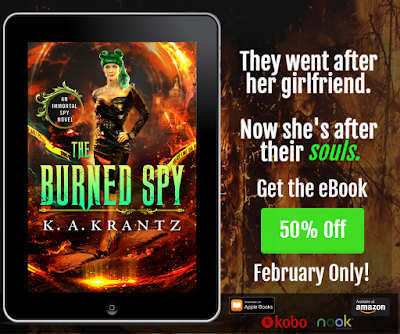 
Gods. Always ready to screw you.