This week's subject is my top five influences as a writer.

That's never gonna be easy, but I'll give it my best shot..

1) Stan Lee and Jack Kirby. Okay, so yes, I know that's two people but the fact of the matter is they worked together a lot on Marvel comics and they had a very serious influence on me. I could add a dozen or so names of artists and writers in comics but we'll just put them all here under this one big as hell Umbrella, okay?

2) Rod Serling The man who created the Twilight Zone and The Night Gallery was decidedly a powerful influence on me. His sense of story and the ability to develop meaningful characters and conflicts in a limited amount of time was very profound for me.

3) The very first series of books that every drew me in and kept my attention was The Eternal Champion series by Michael Moorcock. The sense of awe, the often dark and depressing mire of human emotions, the vast series of worlds that Moorcock created and populated was massive. Corum Hawkmoon, Count Brass,  Elric, et al. The Lords of Order and Chaos, the multiverses traveled and the incarnations who crossed paths...The books had a very profound impact on me and to state otherwise would be a lie on my part.

4) Stephen King has had a massive impact. His tales of horror and his blending of genres were eyeopeners for me from the very first.


5 John Irving's mastery of the absurd and the surreal has always fascinated me. His characters are realistic and whimsical at the same time and that, folks is damned impressive.

There. That's five. I could do fifty more, but that's enough for one post. 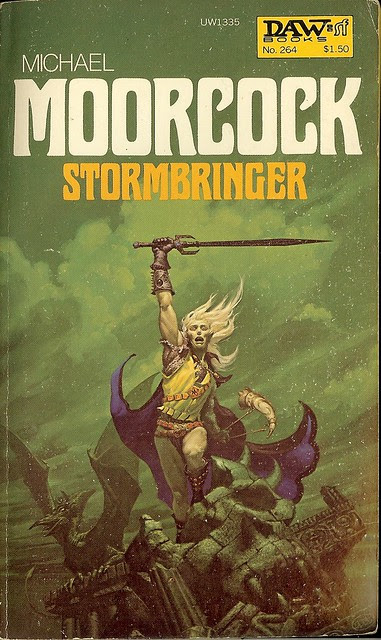