Our topic this week is to list our top five influences as a writer. I would have to say these authors influenced me to want to BE an author in different ways…

Andre Norton – I’ve written often about my love for her books. My father gave me my first Andre Norton when I was very young and it was Catseye. It was the first science fiction novel I ever read and it opened up the galaxy to me. I read every single book by her I could get my hands on and I was determined to write my own interstellar adventures, partly because in those pre-Amazon days it was hard to track down author backlists and I never had enough to read. Another early influence on me from her books was that I wanted romance mixed in with the adventure because there was virtually none in hers. (Talking about the earlier science fiction books, not Witch World or later stories where romance finally appeared as times changed.)

And I will admit I was frustrated by the real life stodgy US space program, which seemed very slow to me as young person. I wanted to be among the STARS, people, not sending a few men to the Moon. Science fiction satisfied my desire to leap ahead by centuries and get out there for the bigger adventures.
(As an adult, having worked at NASA/JPL and seen first-hand how the space program works, and all the cutting edge science and engineering required, not to mention the delicate political maneuvering, I understand why things take as long as they do…)

Over the years I’ve pared down and pared down on keeping all my paper books, but the Norton collection still occupies many multiple shelves in my current apartment and I reread certain novels by her on occasion. 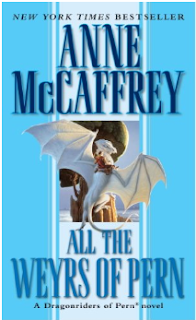 Anne McCaffrey – specifically her Dragonriders of Pern series. As an author I longed to create a world as exciting and complex as Pern. I also had days of fervently wanting to live there rather than here, which made me want to stretch my own writing to someday create a world where readers would want to live, the way I’d felt about Pern. I never was as wild about some of her other series and that was a good, early lesson too – that not all readers will like all your books. I was always puzzled to find myself feeling meh about something she wrote, when I was so in love with Pern. And before you ask, no, I never begrudged the fact she was spending time writing something else other than Pern. Even at a young age I recognized that the author might need to move between worlds and series to stay creatively sharp.

Nalini Singh – another creator of worlds I want to live in, most specifically with her Psy-Changeling series, although I love all her books. The other thing I aspired to after reading her was to tackle writing a long running series, with recurring characters and an overarching plot. I like to think I’m finally on the cusp of that with my award winning genetically engineered Badari Warriors (book #7 out soon!) but in no way am I saying I’m even remotely approaching Nalini’s level of expert storytelling. I know my limits!  Just saying I’m finally brave enough and have written enough books now to stretch my creative muscles, so that I feel I can spin a good tale and sustain the reader enjoyment over multiple, directly linked books in the same series.

And she’s a genuinely lovely person – I’ve met her a few times at conferences (talk about a THRILL) and I take her as a role model for how to interact with readers. 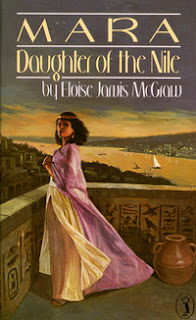 Eloise Jarvis McGraw – specifically her YA novel Mara, Daughter of the Nile. It was absolutely eye opening to me that one could write a novel set in ancient times and I loved the very minimal touches she added of the gods’ direct involvement. (I I’m talking way minimal – the goddess Nuit, of the night sky, observes some of the action toward the end of the book.) I have an abiding fascination with ancient civilizations and Egypt in particular, and as with Andre Norton and wanting more romance, when it comes to Ms. McGraw I wanted much more participation by the gods in the plot. My first published novel was Priestess of the Nile with the crocodile god Sobek as the hero and I’m currently working on my 8th ancient Egyptian paranormal romance now.

Julie Campbell Tatham – and who you may ask is she? The author of the first six Trixie Belden books. I LOVED Trixie Belden. But in this fifth item I want to credit all the series I devoured as a girl, from Cherry Ames RN to Nancy Drew to the old vintage series I inherited from my grandmother (my favorite single title being Maxie in the Jungle by Elsie B. Gardner). These series were fast but satisfying reads, they showed me girls could be the smart kickass heroine, get things done, solve the mystery or the crime or the problem while being a good friend and staunch ally, and sometimes there was a hint of romance. (When Jim gave Trixie his ID bracelet I got all swoony LOL.).

I also read all the Tom Swift Jr and Rick Brant series and while I enjoyed them, I really preferred the series where the heroines drove the action. Most of my books, even the ones written entirely in the hero’s point of view, like Wreck of the Nebula Dream, also have a strong heroine. I probably also took in the swift pacing of these books as a desirable attribute. I don’t tend to write long novels full of worldbuilding lovingly described. Tolkien I am not!

There you have it…. 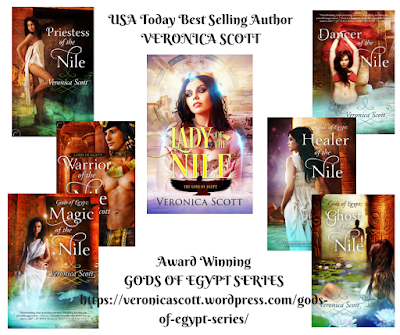