The Ever-Evolving Process of Writing 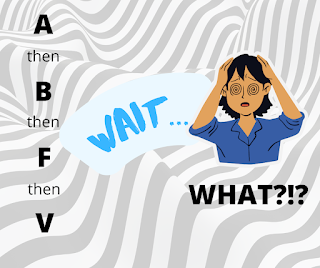 Plus ça change, plus c'est la même chose:
How has my writing practice changed over time?

For those who aren't French speakers (like me), Merriam-Webster defines the translation as The more things change, the more they stay the same. It's a quote attributed to French novelist Karr. Now that I'm momentarily smart(er), I'll tell you what has changed in my writing process over the last two decades.

I plot. Not too deeply. Skeleton. Too much info winds up killing my joy of exploration as the story unfolds. Also, I plot to make sure I have one strong throughline, a general sense of character dev, and the foundation of world rules. More than that, and I'm wasting time on things that won't make it into the draft because the fullness of storytelling inevitably reveals surprises and twists that obliterate the details in an overplotted outline.

I've discovered I have a particular style in which--if a new chapter occurs in a setting different from the last chapter--I will open the chapter by setting the stage. I can't mentally progress with the scene if I don't have the staging clear in my head, thus clearly described on the page. To me, establishing the sensory experience for the reader is important for them to continue the journey with the POV character. It's by no means a "rule" of writing. It's purely my personal quirk. If I don't do it, I will stare at a blank page wondering why the hell the words won't flow.

I've also learned that when I suffer Work Avoidance it's because I've fucked up something in a recent chapter that's preventing the story from continuing as it should. Events may fit within the scope of the plot but something, something, is amiss. It could be the way the Protag approaches the issue is wrong for the character--it fails to consider trauma, personality, or relationships. Or it could be that I've gone overboard with the conflict and left myself no room for escalation of risk later in the book. Or it could be that actions and consequences aren't suitably balanced. I have to return to the last two or three chapters I've written to find the glitch and repair it so I can get back on the train to Donesville.

Most of all, I've learned not to fight my process. It is what it is...and it is continually evolving.