What hill will you die on, even if your copy editor insists otherwise? 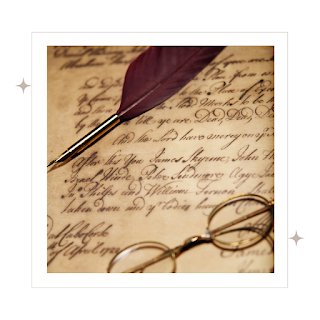 If I have one weakness as a reader, and as a writer, it is the mystery, the rollercoaster, the silent scourge of the. . .

Editors would much rather we not overuse this literary device, and I believe I know why.

Consider what, exactly, is an ellipsis in formal understanding. Dictionary.com states, “the omission from speech or writing of a word or words that are superfluous or able to be understood from contextual clues.”

I disagree, in particular, with the latter half of the statement: “. . . superfluous or able to be understood from contextual clues.”

To me those three dots in between one word and another represent . . . universes. An abyss of unspoken thought, reserved emotion, joyous and painful history both known and unknown between two characters embarking in the muddy waters of a conversation in which such pauses are necessary, demanded even. Because there are simply some things that cannot, and should not, be put into beggared words. Some emotions, history and experiences eclipse the containment of spoken speech.

Context is quite often in the eye of the beholder—how do a mortal girl and an immortal demi-god share context? How does Hades elucidate his ancient pain to a young Persephone? He cannot . . . not in its entirety. Understanding the whole of his life and circumstances that led to a particular point are beyond her, except in the abstract. That abstract is the ellipsis. In the forced pause where she must set aside the immediacy of her thoughts and biases and . . . what? Consider what she does not know.

All of the above renders the term “superfluous,” well . . . superfluous. Nothing which is too big for words is unnecessary. Rather, it is the antithesis of unnecessary.

As a reader and writer of fantasy romance, I find ellipsis especially necessary when a character has neither the time nor the words to express a complicated concept, or they refuse to expose themselves to the weakness of doing so. As a writer, I utilize that trio of dots to hone the reader’s focus on the possibility that there is subtext and context on which I would like them to pause, close the book for a moment, and unravel.

What is your dragon Lord or your God of the Underworld avoiding? Why? What is their hidden agenda? The story would be ruined, robbed of wonder, if we put every thought and feeling into ink and pixels. If we leave nothing for imagination, we deprive the reader and characters of the journey of discovery.

As a reader, I particularly love these opportunities to close my eyes and delve into the inner workings of what a brooding Fae lord, or an immortal wizard, or a fractured heroine may be thinking or feeling. What they are admitting, and why. They point to the consequences should they put into inadequate words the whole of their hopes, their intentions, their scheming.

No . . . by denying the reader an ellipsis, we deprive them of the joy of deep reading. The joy of interpretation, of discovery. The joy of embarking on a journey in tandem with the author and characters in which the story the reader is imbibing comes alive in their head with nuance particular to them. Because, after all, no reader reads the same story like another. And in those three tiny universes are where stories morph into . . . epics.

That being said, I do have a rule. In drafting, I allow myself as many ellipses as I want. When I reread my story, I begin a new conversation with my characters. Is this ellipsis a time to hold back, or is it a time for plain speech? Will closing the gap of understanding sacrifice the communication (because some things need to be left unsaid) or is there greater benefit in showing one's verbal cards? Should you continue to veil your pain, or unleash it?

However, I err on the side of letting ellipses rein. Of allowing imagination to hold sway rather than boxing stories into claustrophobic cubes of singular understanding. 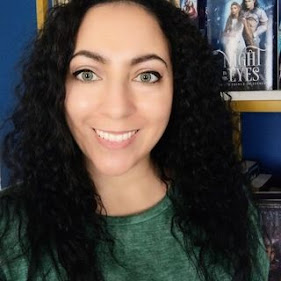 Emma Alysin is a 40 mumble mumble bi-racial American Muslim mom of five who writes SFR, PNR & Fantasy Romance.
Her dragons, fae, and bears will most interest readers who like their alphas strong, protective, and smokin’ hot; their heroines feisty, brainy, too grown to give a *uck, and over the age of 30.
Her stories feature men and women of diverse backgrounds.