Being the Yoda of Long-Term Planning 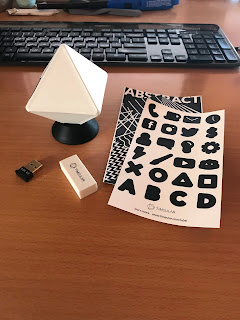 Our topic this week at the SFF Seven is short term, mid-term and long-term planning. I assume as related to our careers as writers, though our topicnatrix KAK did not specify.

I suppose I'm a planner. After all, I am dubbed the Spreadsheet Queen for a reason. I have my writing schedule more or less blocked out through 2020 - though some of that is because I have traditional publishing contracts for books releasing in 2021. Traditional publishing really forces you into the long game, at least five-years out, which I know in many industries barely counts as mid-term planning. Also, because trad publishing is so slow and plans so far out, getting books in that pipeline requires looking ahead a couple of years on top of that. I wrote about this artful juggle back in April. I'd like to get better at this kind of planning with my self-published work, but so far that tends to be short-term to spontaneous.

Oh sure, I've learned how I'm supposed to. I used to work in corporate America and participated in those strategic planning sessions. I understand how the Japanese plan for centuries out, or however that saw goes.

It just doesn't really work for me. When I think about it, I just hear Yoda in my head. 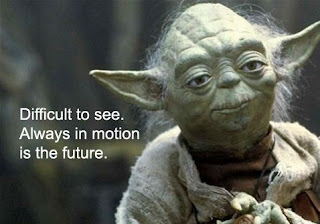 When I look back, lo these twenty-plus years ago, when I decided to become a writer - and at those ambitious plans, dreams and expectations - I didn't predict very well. Things take longer than you hope, and play out differently than you dream. Also, when I started out I was really too inexperienced to know what would work well for me.

Some of the best things that have happened came out of the blue. I'm Taoist enough to be perfectly fine with the universe bestowing its blessings in its own time.

Along those lines I recently initiated two efforts: tracking my individual writing sessions each day and using a tracker for different activities throughout the day.

Each of these is a one-hour writing session (though I track if it's shorter for some reason) and the average number of words for each session. The first tends to be lower because I often backtrack a bit to revise and ramp up, and the last is lower because I'm usually writing to a goal of 3800-4500/day and that 5th session is to pick up whatever remains - often ~500 words - if I have to do a 5th session at all. But it's interesting to me to see that the overall trend does drop off after than second session. This helps me understand what kind of speed and productivity I can reasonably expect from myself.

To track my activities through the day, I recently purchased a Timeular from Zei. That's it in the top photo above. I've only been using it for less than a week, so I'm holding out on the verdict, but so far I'm not in love. I'm not sure their definition of productivity matches mine. Also, I moved to using the app on my phone instead of the dongle on my laptop, because running the dongle/tracking program kept stalling my Word every few minutes. When I'm in the middle of a writing flow, getting that 30-second spinning wheel of NOT RESPONDING got to be infuriating. So, we'll see.

Overall that's more to illuminate how I spend my time outside of actual writing, to maybe pare down non-productive activities. To do that I might have to drill down to more than eight categories, however.

It will be interesting to see how the next twenty years play out!