Movies I Watch at This Time of the Year 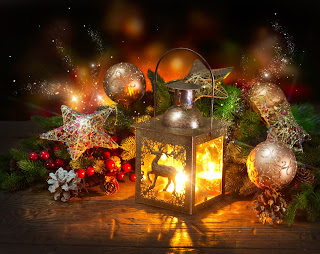 Our topic this week is “holiday adjacent” movies, which I take to mean what movies do I associate with this time of the year.

In our house we always watched “Holiday Inn” with Bing Crosby and Fred Astaire on Thanksgiving Day, after the dinner and the dish washing. We loved the singing and the dancing. Of course it’s a 1942 movie so certain portions of the movie are wildly inappropriate nowadays, culturally speaking and painful. We skip those. Some lovely Irving Berlin tunes though…I’m not a huge fan of the 1950’s remake “White Christmas.” I’m not a Danny Kaye fan for one thing and the various subplots don’t do much for me. I do tear up though – SPOILER SPOILER SPOILER -  when all the former soldiers come marching in to save the old general’s inn. I recently streamed the 2017 Broadway production of “Irving Berlin’s Holiday Inn” and enjoyed that quite a bit although the plot was so different and I didn’t care for the heroine. She seems a lot less plucky than our gal of 1942.

For some reason the Lord of the Rings trilogy movies always say “Christmas” to me. Probably because they came out at that time of the year? Or maybe because there’s all that snow in “Fellowship”? Or because Rivendell seems to be in permanent autumnal state with all those falling leaves? At any rate, I usually watch all three movies at least once during the holiday time frame. As an aside, I will always believe the scene with Aragorn and Arwen on that bridge is the most romantic thing I’ve ever seen.

I adore “Scrooged”. OMG that’s a wonderful movie. Bill Murray at his finest and the various ghosts are terrific.

“ALL I Want for Christmas” from 1991 is another favorite in our family. Thora Burch, Harley Jane Kozak, Lauren Bacall (who sings!) and Leslie Nielsen as Santa Claus…

I like to watch the Rockettes Radio City Christmas Spectacular dvd at least once during this aeason. Their precision is astonishing…

My late husband and I enjoyed “National Lampoon’s Christmas Vacation.” It was quite funny, over the top somewhat of course! But overall enjoyable….

And of course there’s the original “Miracle on 34th Street,” from 1947 with Maureen O’Hara, a very young Natalie Wood and Edmund Gwenn as (is he? Is he not?) Santa. SPOILER: expect magic. Of course!

I have to say last year’s “Christmas Chronicles” with Kurt Russell playing Santa as he’s never been portrayed before was GREAT. I was kind of bored by most of the movie frankly but not when he was on the screen and having Goldie Hawn in a surprise appearance as Mrs. Claus was the perfect touch. I haven’t watched the sequel as yet this year but I plan to.

When my daughters were little we used to watch the 1964 version of Rudolph the Red Nosed reindeer, with Burl Ives singing. I don’t think it’s aged very well, in concept or in visuals but every now and then I’ll watch a few minutes of it for old times sake.

So there’s my list and I’ve probably forgotten something completely. Wishing you a very peaceful and safe holiday season!