Variation on a Holiday Theme

Movies. For the longest time, I took great joy in slipping away to the theater to watch whatever happened to be screening. We lived on military bases, which were only so big. My sister and I learned early the math of leaving the house and walking to the single screen theater for a matinee. Most of the movies are dusty and forgotten, now. Mostly because they deserved to be. A few still gleam in imagination. Unfortunately, all of this was before the migraine disorder dissected my love affair with the thrill of a darkened movie theater. This is the long way of telling you I don't have any holiday-ish movies for you. Screens are problematic. Whether it's the flicker or refresh rates of modern panel TVs, we'll never know.

TV and movies went away shortly after I graduated from college. I do still go to movie theaters - well. I *did* before all of this plague nonsense. But I only go after someone I trust rates a movie good enough for a migraine. Far too few movies rise to that level. The English Patient did. Pirates of the Caribbean, too. Iron Man as well. Oh. And Wonder Woman, though I had a few plot issues with it and that is another rant entirely. What it means is that you can plainly see I'm not at all movie-literate at this point.

I realize no one asked, but it's not the holidays until Buddy Hackett freezes solid beneath the streets of New York City and has Bill Murray yelling at his corpse. Scrooged. It's Scrooged I love. 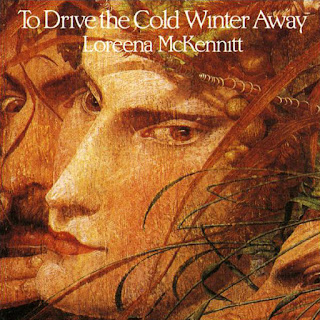 So if you want to talk about holiday adjacent music, instead, I might have some of that, but that's because I'm pagan and my definition of holiday-ish tunes may be unacceptably odd to anyone else. Naturally, Loreena McKennitt tops the list. She has two holiday themed albums, but one of them is specifically Christmas and the other is more solstice oriented and it is that one that has my affection. Nox Arcana has a creeptastic holiday-inspired album. It's not going to be chirpy, whistle-tone singers belting tunes, that's for certain. There's something about the end of the year that seems to inspire desperation in far too many people. It's as if the arbitrary time marker of 'end of the year' turns deadlines everyone had 12 months to accomplish into monsters hungry for flesh and blood. Yes. I'm thinking of my day job. And maybe I'm busy tech writing what ought to have been tech written six months ago, but who's counting? Decorating and cooking - while fun - can pile stress even higher. So I look for music that sets me to dreaming of sparkling snow drifting through the evergreens, and the stag spirits breathing steam into the frigid night. (Lest you think I miss cold northern winters, I don't. I miss the *idea* of them, but actual snow? No. Thank you. I'll deck the halls with tropical plants and a couple of reptiles, thanks. I like not having to wear socks.)

Holidays are about dreams and memories and traditions. Movies can't be a big part of my life anymore. So I rely on music to tell me the stories I miss out on otherwise.